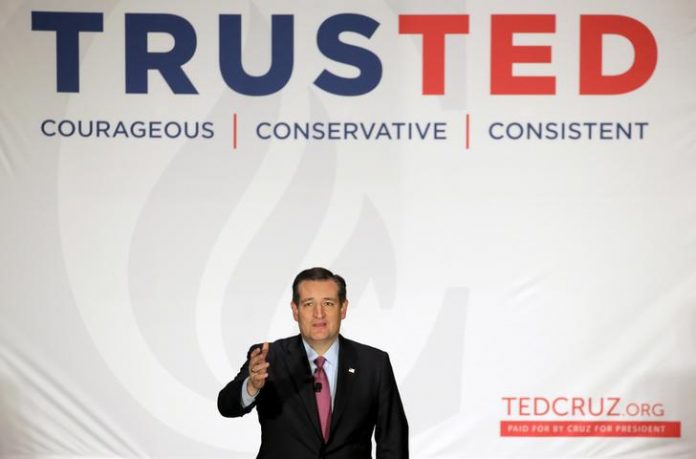 Republican presidential hopefuls Ted Cruz and John Kasich form an alliance in order to make sure that Donald Trump does not get the party’s coveted endorsement.

Things get a little bit more chaotic over at the GOP as it became 2-versus-1 for the three remaining candidates up for the party’s nod for the national election. Cruz and Kasich formed a temporary pact ceding to each other in a couple of upcoming primary contests.

The terms of the agreement include Kasich giving way to Cruz on May 3’s Indiana primary, which will give the latter a bigger chance to defeat Trump in the said contest. In return, Cruz will leave Oregon (May 17) and New Mexico (June 7) to the hands of Kasich.

While the two are treading on murky waters regarding the aforementioned agreement, they remain intact in making sure the billionaire businessman does not get the GOP seal of approval and ultimately, the presidency.

“Having Donald Trump at the top of the ticket in November would be a sure disaster for Republicans,” Jeff Roe, Cruz’s campaign manager said in a statement reported by CBC.ca. “Not only would Trump get blown out by Clinton or Sanders, but having him as our nominee would set the party back a generation,” he further explained.

On the other hand, chief strategist John Weaver of Kasich’s camp revealed, “Our goal is to have an open convention in Cleveland, where we are confident a candidate capable of uniting the party and winning in November will emerge as the nominee.”

Trump, in response, belittled his rivals’ attempt to derail his road to the White House. As of now, the New York-native enjoys a healthy lead against the two and if it continues, he will eventually get a head-to-head with whoever gets the Democratic endorsement.

“Collusion is often illegal in many other industries and yet these two Washington insiders have had to revert to collusion in order to stay alive,” Trump said in a statement as an answer to Cruz and Kasich ganging up on him.

“They are mathematically dead and this act only shows, as puppets of donors and special interests, how truly weak they and their campaigns are. I have brought millions of voters into the Republican primary system and have received many millions of votes more than Cruz or Kasich. Additionally, I am far ahead of both candidates with delegates and would be receiving in excess of 60 percent of the vote except for the fact that there were so many candidates running against me.”

Despite his surprising voting turn out, Trump continues to lack the support from his peers in his party. It is no secret that the GOP has been divided ever since the campaign rolled out. This is not the first time that the people inside the political group have asked to work together in an effort to stop Trump’s onslaught.