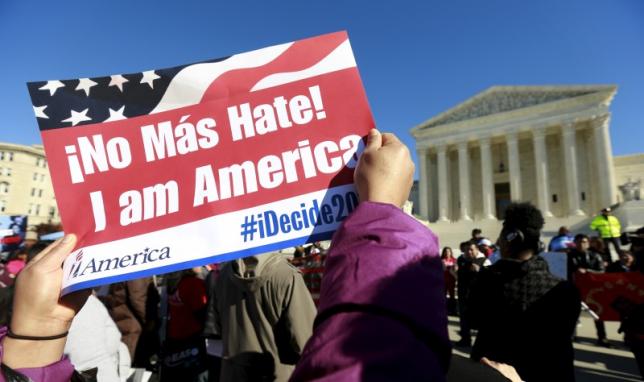 In a recent poll by the management consulting firm A.T. Kearney in partnership with market researcher NPD Group, about 61 percent of Americans think that “continued immigration into the country jeopardizes the United States,” as reported by Bloomberg Businessweek.

Around 2,590 Americans were included in the poll and were asked questions about immigration and other national issues. This view that immigration (including legal immigration) endangers the country is prevalent in all age groups but it is most significant among baby boomers, which are those that are currently 51-70 years old. Sixty-five percent of this age group agreed to the statement.

Even millenials were shown to have the same sentiments, around 55 percent of American young adults believe the that immigration is a threat to the United States.

In addition, when compared according to educational attainment, this view was highest with those that only had high school education, at 65 percent; and if compared by region, it was highest in the South, at 66 percent.

Paul Laudicina, chairman of the Global Business Policy Council, which is a unit of A.T. Kearney, highlighted the current political climate as a possible reason for this negative view of Americans towards immigration.

“Given what’s going on in the national discourse and the desperate state of national politics… it makes people vulnerable to jingoistic sloganeering,” he says in an interview, as quoted by the same Bloomberg Businessweek report.

Aside from immigration, the poll also looked into the perception of Americans regarding the state of the economy and U.S. politics. The respondents were relatively pessimistic about general issues of national concern.

Around 58 percent agreed to the statement “I’m not confident in the U.S. economy’s ability to return to stronger growth.” While 52 percent shared the view that “U.S. businesses will be increasingly uncompetitive. Finally, 51 percent agreed that with the statement, “My vote doesn’t matter because politics in Washington will never change.”

The A.T. Kearney’s poll was conducted last year in the months of October and November and will be released in full later this March.