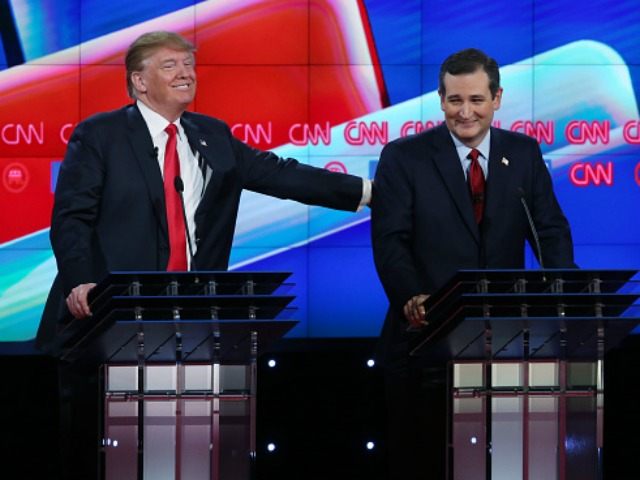 After GOP Presidential candidate Donald Trump took away Michigan and Mississippi in what was dubbed to be the “in-between-Tuesday” earlier this week, his fiercest rival in the party, Ted Cruz, has once again asked for a united front to not let the businessman represent the Republicans in the upcoming Presidential elections.

“If you don’t want to see Donald Trump as the nominee, if you don’t want to hand the general election on a silver platter to Hillary Clinton and the Democrats, then I ask you to join us,” Cruz said at his rally held last Wednesday in Florida in preparation for the next Super Tuesday which will next take votes from critical states which include Florida, Ohio, Illinois, Mossiouri and North Carolina.

“If you were a Jeb (Bush) supporter, If you are a Marco supporter now, if you’re a Kasich supporter, we welcome you to our team,” the junior Senator from Texas added.

Cruz solidifies his hold on the second place but he still needs a huge chunk of support from his peers in the party if he really wants to take the number one spot over Trump. Unfortunately, a number of GOP strategists, leaders and even donors are still reluctant to back Cruz’s crusade to the National Elections. And while Trump suffers the same fate in terms of party support, the billionaire continues to rack in numbers in the actually vote tallies.

Meanwhile, for the Democrats, Hillary Clinton is slowly putting up some distance between her and rival Bernie Sanders. But that does not deter the 74-year-old in his bid to represent his party. In fact, Sanders revealed that he actually feels really good about his odds.

Fresh from taking Michigan last Tuesday in what would be his ninth state win, Sanders told Ari Shapiro of NPR:

“I am used to climbing steep hills. Stay tuned. I think we are going to go further and we have a good chance to pull off the biggest political upset in the modern history of America. We can win this thing,” he added.