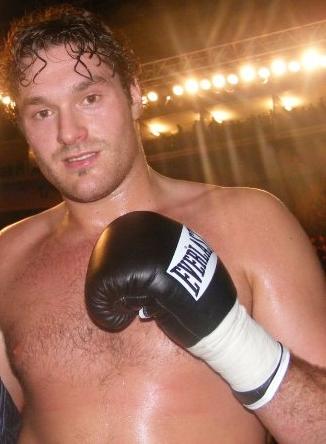 The negotiations for the rematch between world heavyweight champion Tyson Fury and former champion Wladimir Klitschko are currently underway.

The two men faced each other last November in Dusseldorf, Germany, where Fury was able to emerge victorious and ended Klitschko’s nine-year title reign. It was also “Dr. Steelhammer’s” first loss in eleven years.

With the victory, Fury was able to win the IBF, IBO, WBA, and WBO world titles. However, Fury was forced to vacate the IBF title in December, after agreeing to the immediate rematch against Klitschko, ultimately foregoing the supposed mandatory fight against then challenger Vyacheslav Glazkov.

Rumors have been afloat about the completion of the rematch negotiations between Klitschko and Fury, noting that the fight has been finalized for June 4th in Austria.

The Woerthersee Stadium in Klagenfurt, which has a seating capacity of 32,000 is the projected venue for the said fight.

It all had more bearing when Nicola Pattberg, a representative of the Klitschko Management Group (KMG) spoke to Austrian media outlet Kleine Zeitung and gave a brief update about how the talks have been going.

“We are in negotiations, but for confidential reasons, we can’t give out any more information at this stage,” Pattberg supposedly said.

However, in a report by Terence Dooley for Boxingscene, an anonymous member of Tyson Fury’s team confirmed that nothing has been set in stone yet.

Just last month, Fury himself was sure that the fight would be happening at a later date

“It will probably be the summer time because I haven’t really done any training yet,” Fury said in a February interview with World Boxing News. “It’s not going to be anytime soon, I don’t think.”