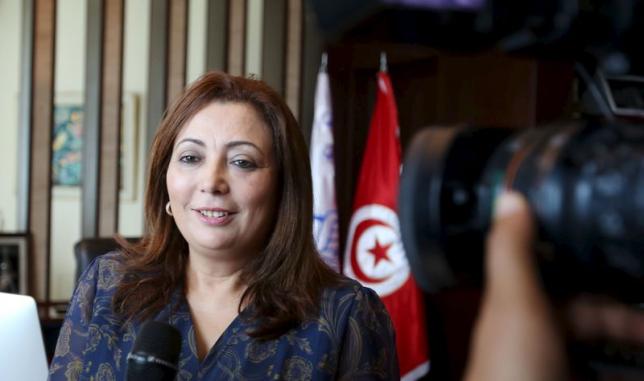 Tunisia’s National Dialogue Quartet won the Nobel Peace Prize on Friday for helping build democracy in the birthplace of the Arab Spring, an example of peaceful transition in a region otherwise struggling with violence and upheaval.

It helped support the democratization process when it was in danger of collapsing, the Norwegian Nobel committee said in its citation.

“This is a great joy and pride for Tunisia, but also a hope for the Arab World,” UGTT chief Hussein Abassi told Reuters.

“It’s a message that dialogue can lead us on the right path. This prize is a message for our region to put down arms and sit and talk at the negotiation table.”

With a new constitution, free elections and a compromise politics between Islamist and secular leaders, Tunisia has been held up as a model of how to make the transition to a democracy from dictatorship.

“This a brilliant example, I think Tunisia is one of the Arab countries that has done best since the so-called Arab Spring and the upheavals in that part of the world,” said Ahmad Fawzi, chief U.N. spokesman in Geneva.

The Norwegian Nobel Committee praised the quartet for providing an alternative, peaceful political process at a time when the country was on the brink of civil war.

“More than anything, the prize is intended as an encouragement to the Tunisian people, who despite major challenges have laid the groundwork for a national fraternity which the Committee hopes will serve as an example to be followed by other countries,” it said.

Committee head Kaci Kullman Five told Reuters: “I think it’s timely to put the limelight on the positive results that have been obtained in Tunisia to try to safeguard them, to try to inspire the Tunisian people to build further on this basis.”

After an uprising that led to the ousting of autocrat Zine El-Abidine Ben Ali in 2011 and inspired the “Arab Spring” protests, Tunisia now has a new constitution, free elections and a coalition government with secular and Islamist parties.

In 2013, Tunisia appeared to be sliding into a political crisis that would end its transition, with secular opponents demanding that an Islamist-led government step down.

Angered by the assassinations of two of its leaders and emboldened by Egypt’s army-backed ousting of an Islamist president, Tunisia’s opposition held protests against the ruling Islamist Ennahda party. The government had agreed it would step down but wanted more guarantees of a fair handover.

The UGTT with other civil society partners negotiated between the two sides, helping form a caretaker government to hold power until new elections were held.

Problems remain, however. In March, Islamist gunmen killed 21 tourists in an attack at the Bardo Museum in Tunis, and 38 foreigners were killed in an assault on a Sousse beach hotel in June.

More than 3,000 Tunisians have also left to fight for Islamist militant groups in Syria, Iraq and neighboring Libya. Some of those jihadists have threatened to return home and carry out attacks on Tunisian soil.

The Nobel Committee’s choice came as a surprise. The quartet had not been mentioned in any of the speculation in the run-up to the announcement, which instead focused on Pope Francis, German Chancellor Angela Merkel and anti-nuclear weapon campaigners.