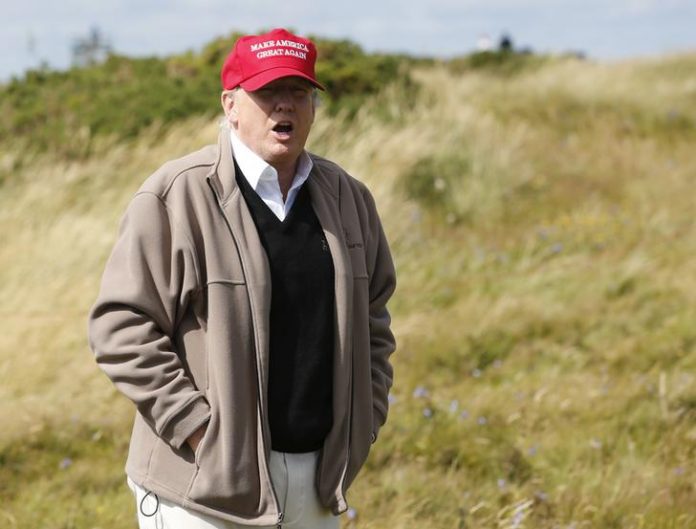 Donald Trump has something new to crow about.

The latest numbers from the Reuters/Ipsos five-day tracking poll has boastful billionaire as the presidential choice of almost 30 percent of Republicans surveyeda stratospheric mark given the fragmented presidential field.

He’s hitting a new high with the first Republican debate just days away: Aug. 6, in Cleveland, Ohio, where coverage of Trump before, during, and after the contest is likely grow even more feverish given the new numbers.

Trump’s current surgehe’s been gaining strength meteorically all week, according to the pollhas knocked his closest rival, Jeb Bush, back behind him by almost 20 points. Bush sits at 11 percent, with the rest of contenders gasping for air at less than 8 percent.

At a week ago this time, the Reuters/Ipsos poll had Trump at just 15 percent.

It isn’t just Reuters. A Quinnipiac University poll released Thursday showed the reality TV star leading the Republican field at 20 percent, even as he trails the Democrats. And earlier in the week, the new NBC News/Marist poll had Trump leading in New Hampshire at 21 percent and trailing only Wisconsin Gov. Scott Walker in Iowa, at 19 and 17 percent respectively.

(The most recent Reuters/Ipsos rolling poll was taken July 26-31, using a sample of 439 Republicans with a credibility interval of plus or minus 5.4 percentage points.)

Coloring books: Why they're good for adults, too

How to get rid of cravings: Scientists discover how bad habits...