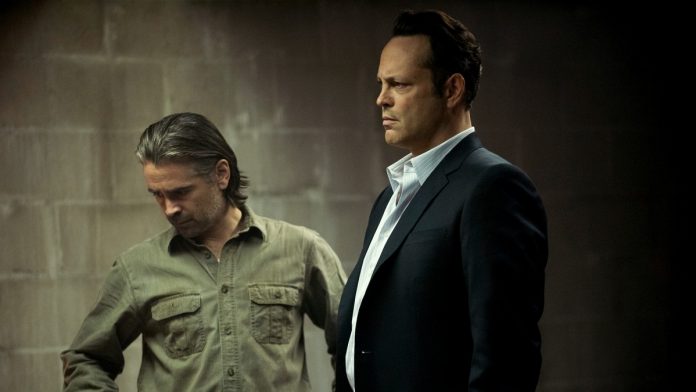 It has been over a year since “True Detective” aired its season 2 finale, and many are still wondering whether the series will return to HBO for another installment. While the first season was a critical success, the second season was not as well-received due to its muddled storylines, and viewers thought that the last installment was the end of the show.

However, HBO programming chief Casey Bloys recently gave fans hope that there will be a third season of the anthology crime drama, saying that the show is “not dead.”

“It is not dead, but there is no take on a third season yet,” Bloys told reporters at the Television Critics Association press tour. The executive revealed that they are open to someone else writing the new season, with showrunner Nic Pizzolatto supervising the process.

As for the people who will potentially be involved in season 3, it’s likely that Pizzolatto will return as the series’ showrunner as he has an overall deal with HBO. However, it was recently reported that he has been tapped by the cable network to work on a new Perry Mason drama series. Deadline reports that Pizzolatto is attached to write the show, which will star Robert Downey Jr. as the unorthodox investigator/defense attorney.

It seems that HBO will be prioritizing the new show over season 3 of “True Detective,” and Pizzolatto’s involvement in the new series could mean that fans won’t get to watch the third season until 2018 at the earliest. And while season 1 star Matthew McConaughey has expressed his desire to reprise his role as Rust Cohle in the next installment, it’s likely that HBO will stick to its formula of having a new cast per season.

In season 1, McConaughey was joined by Woody Harrelson. Season 2 featured Colin Farrell, Rachel McAdams, Taylor Kitsch, and Vince Vaughn as its leads. For season 3, it is expected that the new season will have a mix of great actors who are least expected to be in the series. Some theories claim that if the show took a page out of the “Fargo” revival by casting a virtual unknown with a strong supporting cast, the show might have a chance of regaining its former glory.

A season 3 renewal for “True Detective” has yet to be announced by HBO.