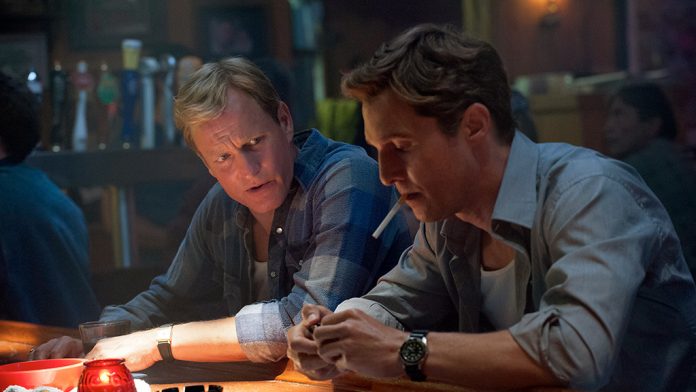 Despite the lack of an official announcement, it turns out that the “True Detective” franchise is still very much alive as HBO’s new programming chief Casey Bloys has shared that they are still looking to continue developing the police anthology series.

“It is not dead,” Bloys told reporters during the recently held Television Critics Association press tour. But, their decision to continue on with a third season will come with some changes, especially with regard to the key players in the show’s production and creator Nic Pizzolatto’s part in the development process.

“I talked to Nic about it and both Nic and HBO are open to another season. I don’t think Nic has a take and he’s working on some other projects. We’re open to somebody else writing it and Nic supervising it. It’s a valuable franchise, it’s not dead, we just don’t have a take for a third season yet,” he explained,

When former HBO programming head Michael Lombardo left his seat at the network, the improbable quickly turned to impossible with regard to the fate of “True Detective” season 3. After all, it was the executive who had been championing for the anthology despite its poor performance during its sophomore run.

Earlier this year, Lombardo even took the blame with regard to the negative reception of the thriller’s latest installment chalking it up to his enthusiasm to come back and top its debut season’s fantastic run. So while Lombardo’s move may have dampened the spirits of fans, this brand-new development coupled with season 1 lead Matthew McConaughey’s eagerness to reprise his role has possibly resurrected the hopes of viewers for another serving of the show.

Of course, Bloys’s recent comments are not a sure indication that “True Detective” season 3 will roll out anytime soon but it is a definitely a step closer to getting another season.

“True Detective’s” previous seasons came from opposite ends of the spectrum. Its first season, which debuted on HBO back in 2014, had gotten tremendous positive feedback from critics. It also posted record-breaking viewership numbers all throughout its run with an average of 11 million viewers. Furthermore, it became the channel’s most-watched freshman series in more than 10 years. The massive success of the show, however, came with high expectations for its second season. Despite boasting a similarly stellar cast, the anthology’s return in 2015 quickly became a laughing stock with problems ranging from its narrative to its convoluted dialog.