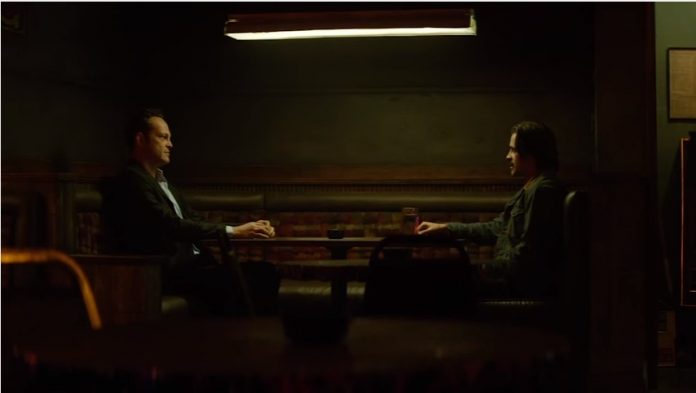 HBO’s noir anthology series “True Detective” is making quite a buzz these days now that the network’s new president of programming, Casey Bloys, has hinted that the dark crime drama may still see the light of day and could finally have a third installment.

The new chief told Entertainment Weekly that the show’s creator, Nic Pizzolatto, could be moving on to a higher post and the network might be tapping someone as replacement. Bloys added that he had talks early on with the showrunner which ended on a positive note, but due to the creator’s tight schedule, Pizzolatto could be doing supervisory duties for the show instead.

Moreover, there have been rumors that Pizzolatto has gone back to the drawing board together with Robert Downey Jr. (RDJ) for an undisclosed project. Reports suggest that the two will be teaming up to revive the ’60s courtroom drama soap, “Perry Mason.” Some fans theorize that the rumored TV revamp will be like a spin-off to the “True Detective” franchise since it’s a known fact to fans that the sophomore season of the show had a disappointing run all through its entirety.

In addition, there are speculations that if the network decides to do another installment of “True Detective,” it is said that it could finally be rolled out two years from now. Reports also say that the show’s third season will have the same eight episodes just like the previous seasons and added that it could be the show’s final run.

Meanwhile, fans might recall that season 2 kicked off with a murder mystery that made the show’s three protagonists work together to solve and finally discover the secret behind the said incident. The unlikely team of investigators include Paul Woodrugh (Taylor Kitsch), an officer assigned to the California Highway Patrol and the one who found the body that sparked the investigation that would lead them into a web of conspiracy and dirty money. Other members of the trio are Ani Bezzerides (Rachel McAdams) who works as a detective in Ventura County, and Ray Velcoro (Colin Farrell) who’s also an investigator.

HBO has yet to announce a definite airdate for “True Detective” season 3. Avid fans will have to keep themselves updated about the latest news of the said show.