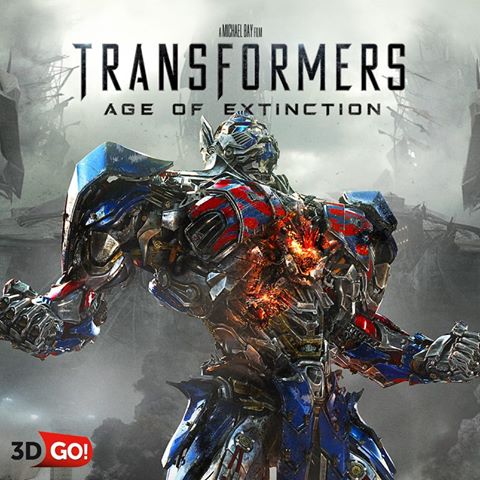 Stephen J. Davis, president of Hasbro, has confirmed that 10 years worth of “Transformers” films have already been planned out.

“We decided we wanted to plot out the next 10 years of the Transformers franchise, so we got together in a 3 month period of time … nine of some of the most creative writers I have ever worked with  shepherded by Akiva Goldsman, who many of you may know won an Academy Award for ‘A Beautiful Mind,’ and written a bunch of great movies. And they plotted out the next 10 years of ‘Transformers,'” Davis said in a video of his keynote speech at the MIP Junior Conference 2015 released by TFW 2005.

Further, he said, “Similarly we are doing the same in television and digital. So stay tuned ‘Transformers 5’ is on its way. … And 6 and 7 and 8.”

Davis also confirmed that the conceptualization for the fifth installment in the franchise has been finished. It was previously reported that Goldsman would be the film’s screenwriter, but it has since been clarified that he will only be supervising the writing team as he is also attached to “G.I. Joe” and “Micronauts.”

Art Marcum and Matt Holloway (writers of “Iron Man”), and Ken Nolan (writer of “Black Hawk Down”) have been enlisted for “Transformers 5.” Michael Bay, who directed the previous four films, will be returning to direct.

According to Movie Web, Mark Ryan, the actor who voiced Jetfire in “Transformers: Revenge of the Fallen” and Lockdown in “Transformers: Age of Extinction,” said that the fifth movie will feature two storylines.

Ryan said during the “Wings and Wheels” convention that the first plotline will tackle Cade Yeager, played by Mark Wahlberg, and his effort to save the world with the help of Autobots and Dinobots. The second plotline will revolve around Optimus Prime journeying through space while on a quest to find the Quintessons, the creators of his race.

Wahlberg has already confirmed that he will be reprising his role for the fifth film. Given the rocky history of Bay’s relationship with former cast members like Megan Fox and Rosie Huntington-Whiteley, it is unlikely that the sequels will feature their return.

According to Hasbro CEO Brian Goldner, “Transformers 5” is aiming for a release in 2017.