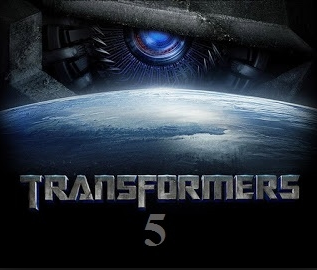 ‘Transformers 5’ is set to release in 2016, with Mark Walhberg reprising his role in the previous edition, ‘Transformers 4: Age of Extinction.’

It is not yet confirmed if actors Megan Fox and Shia LaBeouf will reprise their roles for the next edition.

Speaking to MTV, Wahlberg has said that he is committed to doing a couple more movies with the franchise. While Wahlberg seems intent on doing the next edition of the movie, there are rumors that Fox, who has also acted in the previous editions, is all set to act in the upcoming film, following the exit of director Michael Bay.

Fox, who was supposedly on bad terms with Bay, didn’t appear in the subsequent edition of the movie. Now that Bay is out of the picture, will Fox reprise her role?

Coming to the plot of the movie, rumors suggest that the movie will be based on Optimus Prime’s mission to search the outer space to find his creators, according to Master Herald.

While other reports suggest that Optimus Prime will be playing a bigger role with bigger missions at hand. And according to IGN, the fifth edition might feature Autobots’ descendants, Maximals vs. the Decepticons’ descendants and Predacons.

According to IB Times, the new movie will take inspiration from the Transformers toy series, robots and the visual artists, to come up with a plot.

Speaking to Deadline, one of the script writers, said, “We will look at the toys, the TV shows, the merchandise, everything that has been generated by Hasbro, from popular to forgotten iterations, and establish a mythological time line. It has been designed with a lot of visual help, toys, robots, sketches and writers and artists.”

In other surprising news, Paramount Pictures has announced that the ‘Transformers’ series will be branched into spinoff films. Will the cast from the Cinematic Universe take up the roles in these new spin-off series? Only time will tell.