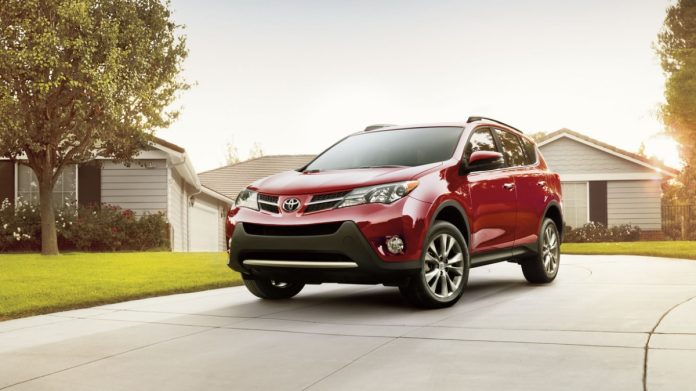 Known for producing effective hybrid cars such as the new 2016 Toyota Prius which was just released last September, Japanese car manufacturer Toyota brings hybrid power to the RAV4 lineup with the release of the all new 2016 RAV4 Hybrid.

The car was first released in New York City’s 2015 auto show and has so far garnered the nod from car enthusiasts all over. Like the other models in the 2016 RAV4 lineup, the Hybrid model also gets an overhaul in terms of aesthetics. Compared to the 2015 RAV4, almost every aspect of its exterior was upgraded in a way that it exudes modernity and class. The nose is almost all new with thinner grille plus bolder air inlets and new fog light surrounds. The new features continue to the side of the car with new rocker panels.  A new bumper finishes the overall look. Buyers are also given the option to have LED headlights and taillights instead of standard ones.

The interior was also given a little bit of TLC with a 4.2-inch multi-info display, a new 7-inch display audio, a 12-volt power port in the back seats, and new cup holders designed to accommodate taller cups and even mugs with handles. Albeit minor, these changes will amp up the comfort level of the vehicle’s riders.

But apart from the exterior and interior overhauls, what makes this new Toyota innovation stand out from its brothers from the 2016 RAV4 lineup is that its 2.5-liter Atkinson cycle four-cylinder non-turbo-charged engine is married to the electric half of the power train. This system is said to produce 194 horsepower and 206 pound-feet of torque in standard all-wheel drive. This enables the 2016 RAV4 Hybrid to accelerate to 60 mph in only 8.1 seconds, therefore making it not only the most fuel efficient RAV4 out there, but also the best in terms of performance.

The RAV4 Hybrid is set to roll out at a starting price of $28,370 with the exclusion of destination and delivery. Official release date is also set to be finalized by Toyota.

Recent news also reveals that Toyota will be expanding production of new models, including the Hybrid in the company’s assembly plant in Cambridge, Ontario by 2019.

China news: 1.8M workers will be laid off to reduce industrial...