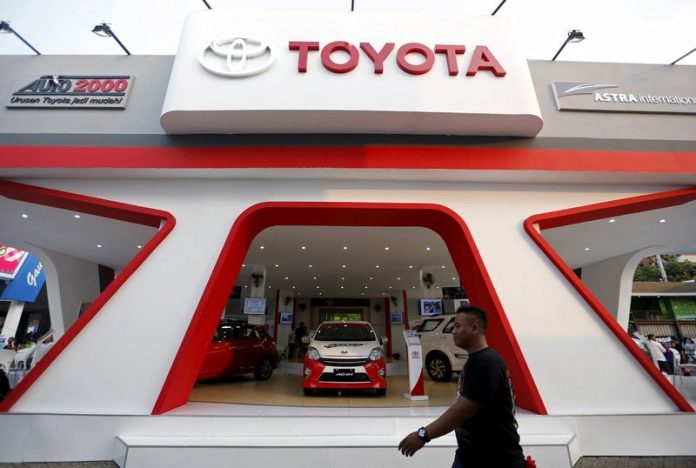 Toyota is now reportedly ready to show the world the latest version of the Innova MPV, the Innova 2016.

According to the International Business Times, Toyota is ready to remove the covers on the 2016 variant of the Innova by October. The report revealed that the unveiling will occur during the 2015 Jakarta Auto Show, which will take place between 28 October and 1 November.

The website autonetmagz revealed a few details about the new Toyota Innova: the Toyota Innova 2016 will feature dual airbags and ABS brakes, and will implement the International Standards Organization FIX (Isofix) concept that uses fixed connection points for the middle seat instead of a seat belt.

Consumers can choose between a 2.4-liter and a 2.5-liter diesel engine under the hood, with a choice of a manual or automatic transmission. Both transmissions are 6-speed.

Indians Cars Bikes also revealed that the 2.4-liter diesel engine is capable of a horsepower rating of 148, as well as a torque rating of 400 Nm.

The International Business Times also added that the Innova 2016 will be fitted with fog lights for low light conditions, together with the default daylight running lights. As for its interiors, the 2016 Innova will be equipped with a new steering wheel, and a dual-tone design for its interiors.

The website Indian Autos Blog (IAB) revealed that Toyota intends to manufacture 90,000 units of the 2016 Innova through its Toyota Kirloskar Motor subsidiary. This means that 7,500 units will be rolling out factories every month.

This is a growth of roughly 45% over the sales of the current Innova, which sold more than 5,100 units in the previous six months, IAB reported.

IAB also said that the 2.4-liter engine intended for the 2016 Innova will be manufactured by its new engine plant in Jigani, in India’s Karnataka. The plant is set to begin operations next year.

North Korea's very bad year and China's role in it