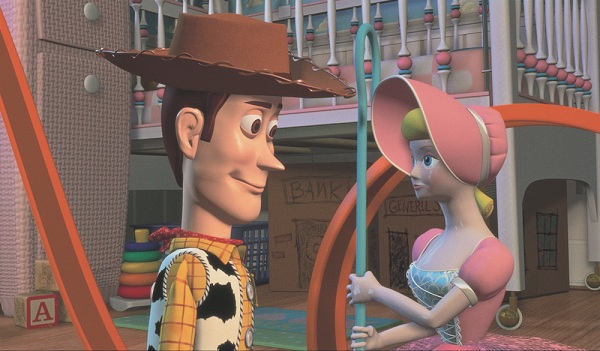 The Disney Pixar animated film “Toy Story 4” will not continue the trilogy. It will take on a new direction, specifically rom-com.

A newly discovered interview, which has now been removed, reveals the franchise will not be part of the “Toy Story” trilogy. Instead, it will be a new story focusing on the love life of protagonists Woody and Buzz Lightyear.

Jim Morris, Pixar studio president, was apparently interviewed by Disney Latino. Like many fans, Morris believes “Toy Story 3” ended the trilogy in the best possible way and although “Toy Story 4” will take off from where the third movie ended, it isn’t a continuation. Instead, the new movie will be a separate story. Obviously, the interview was in Spanish but thanks to the folks at Slashfilm, fans have the following translated quotes to mull over.

“It is not a continuation of the end of the story of Toy Story 3,” Morris said. “Temporarily it is, but it will be a love story. It will be a romantic-comedy. It will not put much focus on the interaction between the characters and children. I think it will be a very good movie.”

The rom-com angle will be something new for the franchise, while the concept of featuring toys left to their own devices sounds like “Toy Story 4” might be similar to Disney Pixar shorts and specials, according to Slashfilm.

Morris did not elaborate on the romantic-comedy theme. However, sites like Collider are theorizing the upcoming animation could delve deeper into Woody and Bo Peep’s love story. Other sites speculate the movie could also focus on the love affair between Buzz Lightyear and Jesse. None of these have been confirmed yet so fans should take these with a grain of salt until the companies reveal more details about “Toy Story 4’s” plot.

“Toy Story 4” will see actors Tom Hanks and Tim Allen reprising their roles as the voices of Woody and Buzz Lightyear, respectively. The film was initially scheduled to release in 2017 but has now been delayed to launch on June 15, 2018.