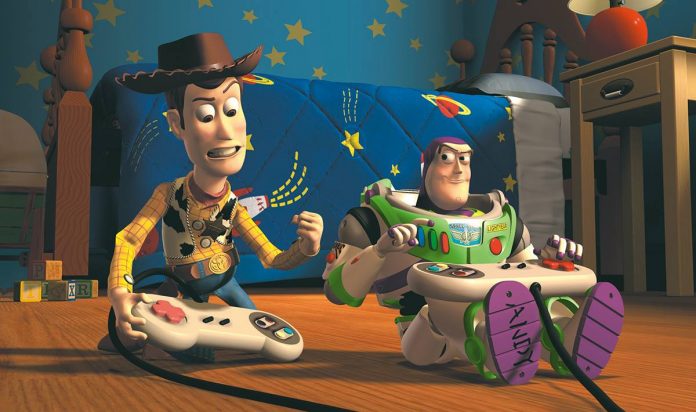 In celebration of the hit animated movie franchise “Toy Story,” lead characters Woody and Buzz Lightyear had their hilarious moment during the recently concluded Academy Awards 2016.

Woody and Buzz are set to appear in the confirmed “Toy Story 4” and although details about the film are being kept under wraps, some speculations suggest that it will focus more on the romance between Buzz and Jessie.

There are also speculations that the narrative may also feature Woody looking for Bo Peep as the latter was not seen in “Toy Story 3.” This was also hinted by Disney’s chief creative officer John Lasseter during D23 Expo last year.

Lasseter, who will direct the new film, previously shared his excitement for the project. “We love these characters so much; they are like family to us. We don’t want to do anything with them unless it lives up to or surpasses what’s gone before. Toy Story 3 ended Woody and Buzz’s story with Andy so perfectly that for a long time, we never even talked about doing another Toy Story movie. But I just could not stop thinking about it. It was so exciting to me, I knew we had to make this movie-and I wanted to direct it myself,” he said.

Aside from the romantic storylines, fans are also said to be excited to see how the other toys are doing since Andy gave them to another loving child when he went to college.

Tim Allen and Tom Hanks are confirmed to return to the new installment to give life to Buzz and Woody, respectively. They will be joined by Joan Cusack, Annie Potts, and Jodi Benson.

Rumors have it that Patricia Arquette may also lend her voice to a character in the film, but it remains to be seen who it will be or if it indeed comes to fruition.

“Toy Story 4” is slated to hit the big screens on June 15, 2018 and more information is expected to be revealed as the premiere date approaches.