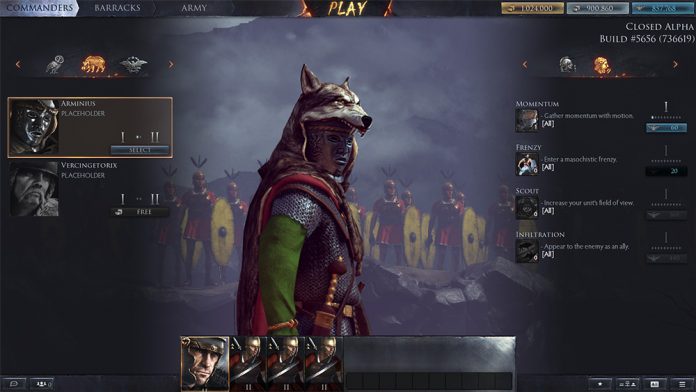 Beta servers for the team-based strategy game “Total War: ARENA” is now live in Russia and Europe with the US ones soon to be released.

The new content dropped for the beta is entitled “Fury of Arminius.” According to Game Spot, it is the biggest update yet and adds a new map, commander, and faction in the game.

On the official blog of the game, it says, “Arminius is coming with a horde of fierce warriors from the dark forests of the North… and they’re angry! He is the first of several incoming Barbarian Commanders with four brand-new orders. Combined with the Barbarian unit roster, Arminius plays very differently from any of the existing Roman or Greek commanders, focusing on stealth and subterfuge with lightning hit-and-run tactics.”

Some of the skills the new commander has include Momentum which will let units gather momentum every step. This will disappear once the troops stop moving. Another skill is called Frenzy, which will let in-game units become reckless and bloodthirsty in exchange of melee defense. Scout and Infiltration are also available which will let players scout with a greater view and disguise units, respectively.

In terms of faction, the Barbarians are different from the Greek and Romans in more ways than one. They focus on speed and doing more attacks, but they have lower armor and survivability. The Barbarians are also mostly light units. Players who choose this faction should be strategic and focused on attacking their enemies from the sides.

The beta version will only have the first three tiers and one commander for the Barbarians.

Meanwhile, the new map will be called Rubicon. It is named after the Rubicon River which Caesar crossed to establish the Roman Empire. The Rubicon features a central river, which can be dangerous to cross in certain areas. There will also be a lot of chokepoints and elevated spots that teams can use to lure other factions into ambushes.

“Total War: ARENA” is free to play and sign up for the closed beta and closed alpha can be done on their website.

'Pokmon GO' tips and tricks: How to catch Pokemon without actually...