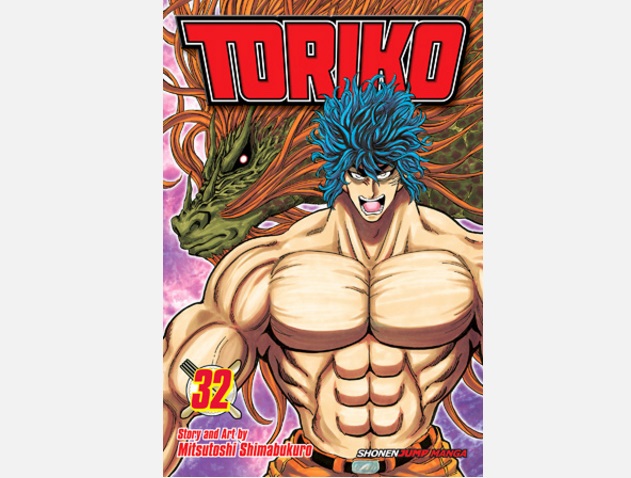 Chapter 393 of Weekly Sh?nen Jump’s “Toriko” will feature the defeat of the grotesque-looking entity known as Neo with Acacia inside it. The new chapter will also see Toriko shedding some tears after releasing the Full Course of Rage attack that eventually defeats the villain.

Albeit being on the brink of death, the defeated appetite demon manages to ask Toriko as to why he is weeping despite winning the battle. The gourmet hunter simply replies that it’s pointless for him to be furious and went on telling the beaten monster to let go of all the anger inside him including the appetite that has been with him for ages.

Due to Neo’s once thought to be unending appetite, the earth was put in peril despite Toriko’s successful efforts in putting an end to it. Hence, Teppei will be called upon to do a so-called Knocking attack in order to stop the impending doom, though the green-haired hunter had qualms about doing so. However, out of nowhere, the spirit of his old man, Jiro, appears before him.

Still puzzled, Teppei is instructed by the spirit on where to hit and at the same time is cheering him on, as the title of “Knocking Master” is passed on to him. Teppei then releases a powerful strike onto the earth’s crust that finally halts its imminent explosion.

Nevertheless, the bird-looking Pair says that the problem will not stop there. He further explains that if the earth will not be destroyed, a refreshed full course will not be created.

Acacia then butted in and revealed that the defeated demon that engulfed him contains more ingredients and flavors that even he could not measure. He went on to say that he’s willing to release all of it if Toriko promises him that he will be taking care of his appetite including Neo to which Toriko agreed.

In an instant, Acacia blurts out the immense amount of flavors and ingredients that have been with the black demon for eons. This final deed signified the end of Toriko’s hard-fought battle against the said demon.