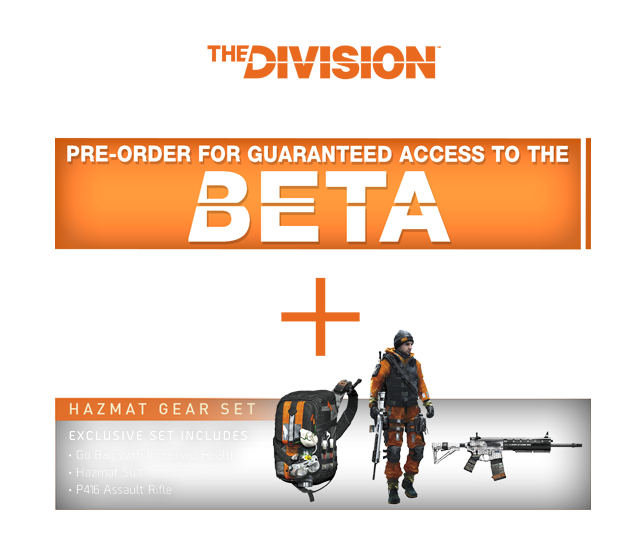 With the release date almost upon the players, gameplay trailer for Ubisoft’s post-apocalyptic online shooter franchise “Tom Clancy’s The Division” has reportedly been leaked, highlighting the New York open world while the beta version has been set for those who want to try it out.

In an announcement on the official site, those who will pre-order the game will have a guaranteed access to the beta. There will also be Hazmat Gear set that has exclusive items such as Go Bag increased health, Hazmat mat, and P416 Assault Rifle.

“In the Tom Clancy’s The Division Beta, you will be one of the first to play the revolutionary next-gen experience that brings the RPG into a modern military setting for the first time. In the wake of a devastating pandemic that sweeps through New York City, basic services fail one by one, and without access to food or water, the city quickly descends into chaos,” the description read.

The beta is expected to come out sometime before the full version of the game hits the market. A private alpha test already rolled out before Christmas but only to select few on Xbox One.

Meanwhile, according to Eurogamer, the promotional clip was released in Italian, but it was immediately pulled out before it can be hosted elsewhere. Some of the fans who were able to view the video claimed that it featured what could be the best look on the gunplay and new areas that will be featured.

The locations included a ruined trained station, underground metro, familiar snow streets and the so-called safe zones where players can do some relaxing, converse with NPCs, stock their supplies up with friends and prepare for the next journey before going back in the dangerous territory outside.

Gamers will also face enemies equipped with riot shields and robot gun turrets, as well as flamethrowers and grenades.

“Tom Clancy’s The Division” can now be pre-ordered for different platforms such as Xbox One, PlayStation 4, and PC. It is being offered in several editions such as Gold, Standard, and Collector’s. The game is slated for release on March 8.

PlayStation Plus free games for August 2016 update: next month's list...