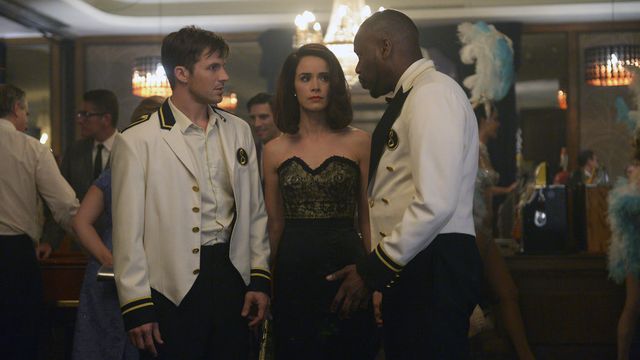 In the last few years, mainstream TV has not had a shortage when it comes to time travel tropes. NBC’s latest spin on the concept is “Timeless.” Three episodes in, the series has seemingly covered a lot of ground as it starts to put down some roots.

The latest episode titled “Atomic City” has been cited as a pivotal arc for the future of the series. AV Club noted that while the installment was far from perfect, it showed the potential of “Timeless” if it is given ample time to flesh out its story. In this week’s time-traveling shenanigans, the crew landed in the 1960s with John F. Kennedy (Scott Bailey) socializing in Las Vegas in a Frank Sinatra (Irby Gascon) headlined fundraising event. Coincidentally, atomic testing was being done nearby which then directs the story to the real person of interest in the episode which is neither JFK nor Sinatra. Instead, it turns out to be Judith Campbell (Elena Satine), who is a Mafia leader and rumored to be one of the aforementioned president’s mistresses.

Next week, the squad chases Flynn (Goran Vinji?) on a new country under very different circumstances than that of the previous episodes which mainly revolved around American history. In the middle of Nazi-ridden Germany, Lucy (Abigail Spencer), Wyatt (Matt Lanter) and Rufus (Malcolm Barrett) are surprised that the mothership has already landed in the European country. Given that time is of the essence, the trio rushes to stop the villain’s time-trotting crusade. Given that “Timeless” has established a knack for featuring prominent figures in their era of choice, fans can expect to the show to engage one of literature’s most popular figures.

The series has been called out for their mediocre portrayal of known figures in previous episodes with a slight improvement with JFK and Sinatra, both of whom were just shown from behind. It will be interesting how they will be treating the upcoming literary genius given that it sounds like they will be having some kind of conversation.

The episode titled “Party at Castle Varlar” is scheduled to air this Monday, 10 p.m. ET on NBC.