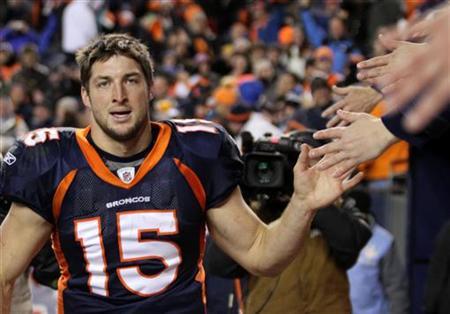 The departure of Chip Kelly as head coach of the Philadelphia Eagles could factor greatly as to whether or not Tim Tebow may be called back to the team to become the team’s third quarterback.

According to a report by The Gospel Herald, Kelly was said to have a major influence in the decision of the team to let go of Tebow.

The report further cited that prior to announcing that Tebow will not be continuing his professional career with the Eagles, Kelly advised the Christian player and former Heisman trophy holder that he needed to get more experience to be able to play pro football.

Meanwhile, rumors also hinted that Tebow may be looking to use his football knowledge to coach a college football team, reported Sports World News.

It has been noted that Tebow has been around the college circuit lately as a sports analyst for ESPN doing live interviews with notable rising stars in the college football scene.

He has also shared behind the scenes look into his daily activities on social media, always captioned with positive things to say about his co-workers and interview subjects.

“Great hanging out with @deshaunwatson4 today. Great player, but an even better person!” he said about Watson.

He also remains humble and gives credit to the young up and comers.

“Amazing night last night hang’in with a real inspiration! @jadenbarr15 #secnation” he captioned a post with him and Jaden Barr.

In the poll posted by the same site, 96 percent of the respondents thought that Tebow has what it takes to become a good college coach.

'Fear the Walking Dead' season 2 spoilers: Dangers on the sea...