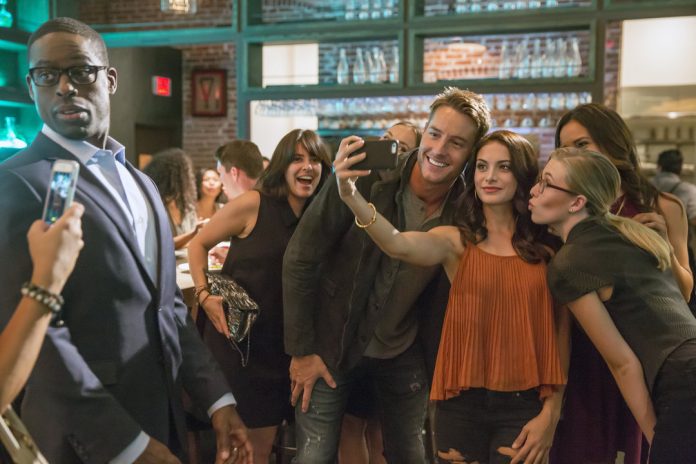 “This Is Us” went on hiatus this week to give way to the Election Day news coverage, but fans of the hit series will get to see the whole Pearson family again on Tuesday, Nov. 15, in a new episode titled “The Best Washing Machine in the Whole World.”

Last time, in the episode “Career Days,” Jack (Milo Ventimiglia) and Rebecca (Mandy Moore) learned that 9-year-old Randall (Lonnie Chavis) is gifted, and Jack sacrificed his dreams of having his own construction company in order to take a desk job so he can pay for his son’s private school expenses.

In the present, Kate (Chrissy Metz) finally found a job that suited her just fine, but she had to deal with her boss’ bratty teenage daughter. Kevin (Justin Hartley) was taken by Olivia (Janet Montgomery) to a stranger’s wake to get in touch with his feelings of grief, while Randall (Sterling K. Brown) had a bit of a midlife crisis as he wondered whether the job that he has is the work that he’s supposed to be doing.

“This Is Us” is not even halfway through its freshman season run, and already, the show has garnered millions of fans around the world due to its touching storylines and stellar cast. The series is reportedly filming the 10th episode, directed by Helen Hunt, and will see the Pearson family celebrating Christmas. But ahead of the holiday-themed hour, viewers will get to know more about Randall and Kevin’s rocky dynamic in next week’s episode.

In the episode, the nature of Randall and Kevin’s uneasy relationship is explained. In an interview with Entertainment Tonight, Hartley hinted that it has something to do with Randall’s relationship with their mother.

“There was a sibling rivalry between Randall and Kevin and he kind of resented the relationship she had with Randall and how much time he got, how much attention he got,” said Hartley.

Elsewhere, Beth (Susan Kelechi Watson) and William (Ron Cephas Jones) spend time together, which unexpectedly brings to light a secret he has been keeping. Meanwhile, as Rebecca gets back to work for the first time in years, both she and Jack acknowledge that there is distance between them.