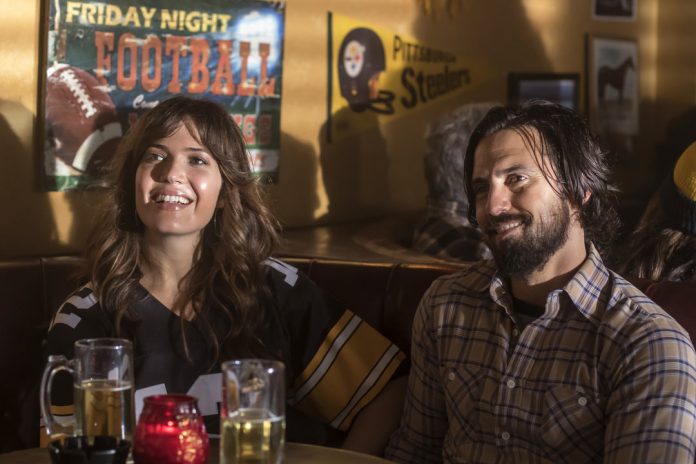 “This Is Us” will not be stalling too much on the much-questioned fate and current whereabouts of Jack (Milo Ventimiglia) as tonight’s episode of the family drama may finally address the glaring mystery.

Since the bombshell was dropped at the end of episode 2, that Rebecca (Mandy Moore) was now cozied up with Miguel (Jon Huertas) instead of his best friend and her first husband, theories of what went wrong between the two seemingly inseparable lovebirds have popped up online.

First, there is the case of the couple eventually splitting up because of Jack’s drinking problem, which also featured in the sophomore installment. On the other hand, fans who are still pining for the two speculate that Jack may have died and given Miguel’s fondness for Rebecca, rendered him the guardian of his wife. However, it is very important to note that in the present setting, the Pearson matriarch is still shown wearing the moon necklace that Jack gave her and if it is any indication, despite whatever happened between the two, she still deeply loves him.

“The Game Plan,” which is the title of the upcoming installment, will still be jumping through time in a weird but effective way. TV Guide spills that instead of giving viewers a straight-up answer as to what happened to Jack, it will be laid out in a way that is connected to Kate (Chrissy Metz) and her seemingly crumbling relationship with Toby (Chris Sullivan).

Following last week’s ex-wife hunt, Kate will continue to act strangely until her boyfriend uncovers another secret that she has been hiding from him. Spoilers suggest that whatever it is will resonate with why or how Kate’s parents split up. Unfortunately, there’s no clue yet on what that secret may be, except that it may have something to do with the family’s steadfast devotion to the Pittsburgh Steelers.

Going back in time, “This Is Us” will feature a happier period for Rebecca and Jack as the promo clip for the episode shows them in the early stages of their relationship. However, tension begins to rise due to discord in terms of their desire to build a family. Jack is very eager to become a father while Rebecca is adamant that she does not want to have children. Needless to say, Jack was able to sway his girl’s mind with the eventual conception of the triplets, unless it was an unexpected pregnancy.

The upcoming episode sounds very jam-packed on paper and if “This Is Us” is able to seamlessly present it, it will be a testament to how the series has been nailing its storytelling.