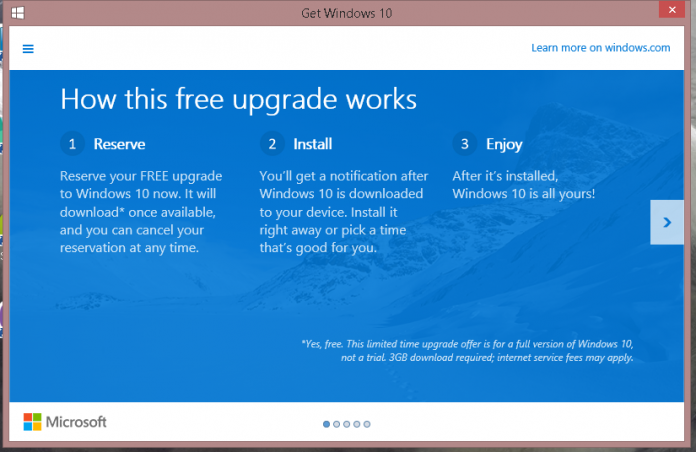 Design-wise, Windows 10 operating system may look like its going retro. But specs-wise, it is still geared towards the next demands of the Internet of Things.

The Azure and Windows 10 strategic linkage holds a lot of promise as it initially partners with Toshiba for next-generation IoT solutions, reported Network World.

This was unveiled at the Taipei Computex show with a keynote speech from Windows OEM Division Corporate Vice President Nick Parket and Windows and Search Marketing Corporate Vice President Tony Prophet. There were demos of home automation technologies during the event which gave a preview of the things to come in the Internet of Things offering for Windows 10.

Digital Trends reported that like previous releases, Windows 10 will have the following other versions: Home, Mobile, Pro, Enterprise, Education, and Mobile Enterprise.

Prior to this announcement, there were already a lot of details dished out from Microsoft’s official FAQ and specs document. Some of the salient features include the OS’s design for speed, the Apple Siri rival called Cortana which is a digital assistant available in the United States, United Kingdom, China, France, Italy, Germany, and Spain. This is aimed for the improvement from Windows and they are providing a free upgrade for Windows 7, Windows 8.1, and Windows Phone 8.1 until July 29, 2015

CNET reported that a Windows 10 Technical Preview was initially released for review and testing prior to the official launch.

According to the FAQ, Windows 10 will be available on July 29, and will be free for one year to anyone running Windows 7 and Windows 8.1. For those running earlier versions, the software is available for $119 (Windows Home), while Windows 10 Pro will cost $199.

Windows 10 adapts to the device and detects if a user is using mobile or desktop. Apps will also be universally available across devices. Windows 8’s “Metro” or “Modern” design was done away with and replaced with options to customize the appearance more through Continuum. The final appearance is a hybrid of Windows 7 and Windows 8. Among many other things, the old browser project called Spartan is now shipped in Windows 10 as Microsoft Edge and fans have been giving feedback that it’s extremely fast. Life Hacker reported that Microsoft Edge has reading mode and annotation placement capacity.