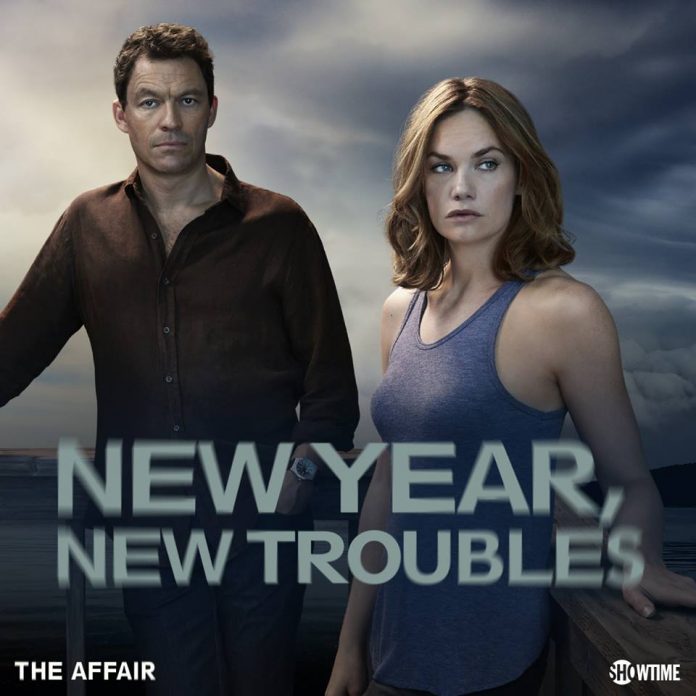 Fans should expect a darker and more intense tone to “The Affair” when the show returns for its third season this year.

According to Sarah Treem, show creator, viewers should be prepared for a different tone to season 3 since they have already covered the melodrama and the obsession in the first two seasons of the show.

“What we had always said when we started the show was that each season was going to represent a different stage in a love affair. The first season is the crush, the melodrama. And then the second season was always supposed to be darker. It’s what happens when the blush is off the rose, when people doubt each other, when they start to get obsessed with each other. And the third season changes again. I don’t think [the show] quite pays off until the third season,” she explained to Elle.

It can be recalled that in the second season’s finale, Noah took the blame for the murder of Scotty after the latter was hit by their car while he and his ex-wife, Helen, were working out some issues about their relationship. Helen was the one driving. In Allison’s version of events, it was shown how a frustrated Scotty, after having his partnership proposal turned down, tried to rape Allison leading her to push him away and get hit by the oncoming vehicle in the process.

Recent Golden Globes winner for Best Actress in a series Maura Tierney, who plays Helen, hinted that the third season will feature many exciting changes.

For his part, Joshua Jackson, who plays Cole Lockhart, hinted that the third season may finally provide a resolution to events that have happened to the characters.

“The suffering is real because you don’t just get to pivot from a bad situation to a happy one. But there is a place where these people come to a sense of resolution and I think that’s what the third chapter would be about, ” he said to HNGN.