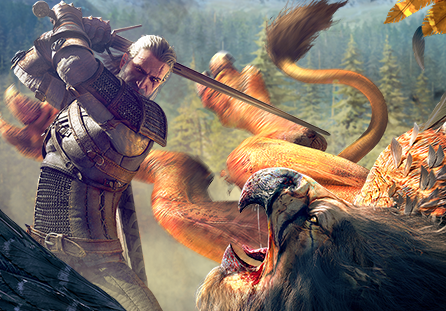 Even before CD Projekt Red’s The Witcher III: Wild Hunt got released, the game already bagged various game awards from gaming bodies all over. When it was launched, the game got high critical acclaim, and received mostly highly positive views and review ratings.

Following high sales of the game, and the release of 16 free DLCs, the game has expanded further with the arrival of the Hearts of Stones expansion.

With the game’s success, CD Projekt Red visual effects artist Jose Teixeira shared in an interview with MCV UK that they did not expect the reception to be this big at all.

“Witcher 1 and II were popular, but were still niche,” recalled Teixeira. “We were hoping Witcher III would do well and were so happy that fans, for the lack of a better term, ‘got it’.”

“We are still amazed at how many people played The Witcher III, because it’s a game style that is usually reserved for hardcore audiences. People actually loved it, especially more in the casual audience, which we’re really impressed with.”

Teixeira also said that the game’s success stemmed from its content, not on any aspects such as microtransactions or an online multiplayer.

“If anything, The Witcher 3 proved the point that players are more interested in longer games,” he said. “Now, especially, you hear so many people talking about how the triple-A games industry is there and nobody wants that experience anymore, and here you go a nice, well-written single-player experience. There’s no multiplayer, there’s no microtransactions; you get a game, you play the game and enjoy the game, and it’s a great success.”

With a success as this, one may automatically expect more content or even so, a sequel for the game. However, such may not be the case for The Witcher franchisewith Wild Hunt wrapping up the tale of main protagonist Geralt, and with CDPR’s prior announcement that a Witcher IV may not happen anytime now. Add to that the fact that the studio will now focus on Cyberpunk 2077.

“I have no idea,” Teixeira answered, when asked about the future of The Witcher franchise.

“We’re very happy with the way it ended,” he added. “If this is the end, then it ends on a good note and we’re ready to move on. But, apart from that, imagination is the limit. You can do anything with it. Maybe someday someone will pick it up for another form–not even a game, but something totally different. One can hope.”