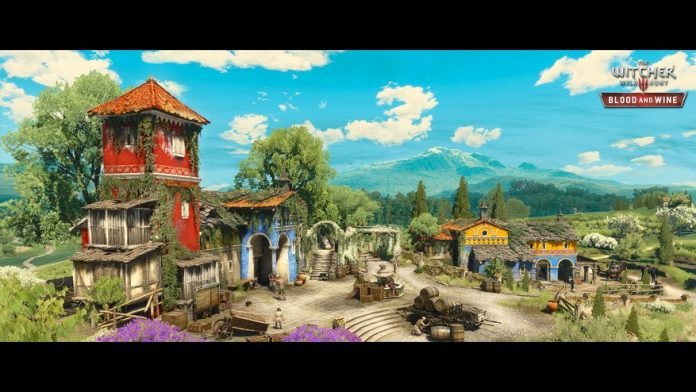 A teaser clip of the upcoming expansion for “The Witcher 3: Wild Hunt” titled “Blood and Wine” was previewed during the recently held Game Developers Conference in San Francisco, California.

The video, which only lasted for eight seconds, was reportedly able to give gamers a short glimpse of the new region in Toussaint where the new adventure of Geralt will be set. Despite the shortness of the clip, what supposedly sparked the interest of the fans the most were the atmospheric scenes.

It looks like the CD Projekt RED is looking to continue building up the hype for the release of the aforementioned DLC as just last week, Piotr Tomsi?ski, Animation Technical Director of the company, also published two short videos showing some snippets of “Blood and Wine.” It can be remembered that when the first set of photos for the DLC pack were released last year, fans of the gameplay started expecting more form the DLC given the vividness of its graphics.

Unfortunately, other than the short clip, the video game developer continued to keep mum on when exactly they are going to drop the final DLC pack for “The Witcher 3: Wild Hunt.” Originally, it was purported to drop in the first quarter of this year, but to no avail. Furthermore, if the second clip that Tomsi?ski released last week is any indication, it looks like fans need to wait more as the technical work on the DLC seems to be unfinished yet.

Back in January, CD Projekt RED marketing lead Michal Platkow Gilewski revealed, “Blood and Wine is the sum of all the experiences we gained when creating ‘Wild Hunt,’ so it’s definitely more refined than ‘Wild Hunt’ in many regards, but that doesn’t mean it’s better per se.” Given this it can be assumed that the Polish company is taking their time in fine tuning all the little details regarding “Blood and Wine.”

“The Witcher 3: Wild Hunt” is a dark fantasy open world adventure role playing game, which follows the quests of Geralt of Rivia as he sets out on a journey through the Northern Kingdoms. The “Blood and Wine” DLC promises to add an extra 20 hours worth of new features and environment for gamers to explore.

'Deadpool 2' release date: movie might get a 2018 premiere date