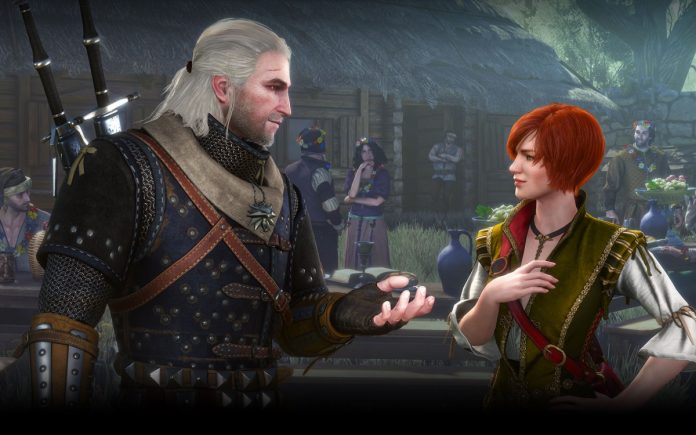 “The Witcher 3: A Wild Hunt’s” developer, CD Projeckt RED, shared a video snippet of what fans could expect when the game’s upcoming DLC, Blood and Wine, finally gets released.

Piotr Tomsi?ski, Animation Technical Director at CD Projekt RED, published a clip of the GDC slide which was first released as a part of the Polish company’s presentation in the recently held event. In the video, game lead, Geralt, could be seen talking to a couple of guards after killing a monster. The conversation as it turned out was a part of an extra mission wherein the witcher could earn a trophy if completed successfully.

Another video, still shared by Tomsi?ski, revealed that CD Projeckt RED is still working on the Blood and Wine DLC. The clip, which was just over a minute long, showed the progress in making the additional features. Given this, fans can expect that it may still take a while before Blood and Wine is released, despite previous rumors suggesting that it will soon be available to the public.

Meanwhile, “The Witcher 3” Senior Story Writer Jakub Szamalek already confirmed that Blood and Wine will be the concluding part of Geralt of Rivia’s adventures.

“Blood and Wine will try to close, at least for a time, the universe of ‘The Witcher,'” said Szamalek earlier this year to Eurogamer.it as translated by iDigitalTimes.

“It will be the last adventure of Geralt as a main character. But beyond that, there is still nothing written in stone. Blood and Wine will be our conclusion of the story of Geralt, then it’s time to focus out energy on ‘Cyberpunk 2077.'”

“The Witcher 3: Wild Hunt” is a third person perspective game where players control game protagonist Geralt through his long journey in the Northern Kingdoms.