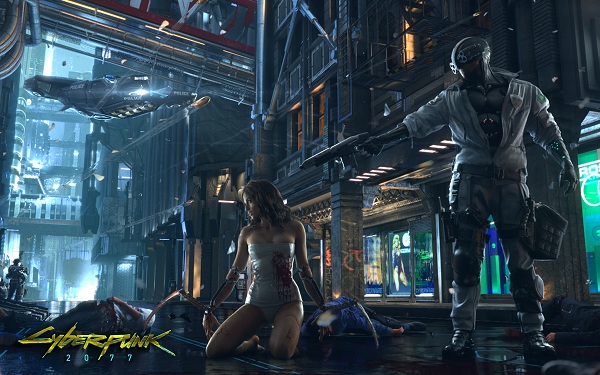 Fans of the upcoming “Cyberpunk 2077” game have a new update to tide them over until fresh information can be had about the action role-playing title from Polish developer CD Projekt Red. It has been confirmed that the composer of the studio’s “The Witcher 3: Wild Hunt” will be on board to create the game’s music.

In an interview last week, “The Witcher 3” composer Marcin Przybylowicz had very little to say about “Cyberpunk 2077” but it was enough to make buzz for the upcoming game. Przybylowicz confirms to GamePressure that he will be joining the team to make music for CD Projekt Red’s new sci-fi adventure title.

“My superiors already force me to do it, because I spend most of my time with Geralt; however, some first attempts with Cyberpunk were already made,” Przybylowicz told GamePressure.

Przybylowicz joins the “sizable team” working on the project. CD Projekt Red had previously said that a number of its staff are already working on “Cyberpunk 2077.”

“Cyberpunk 2077” is still wrapped in mystery, thanks to the very little information that fans and the gaming community know of it so far. It was announced in October 2012 but there is no confirmed information yet on its release date. Conflicting rumors say the game will not come out until 2017 at the earliest, while another set of speculations claim the title will arrive at the end of 2016.