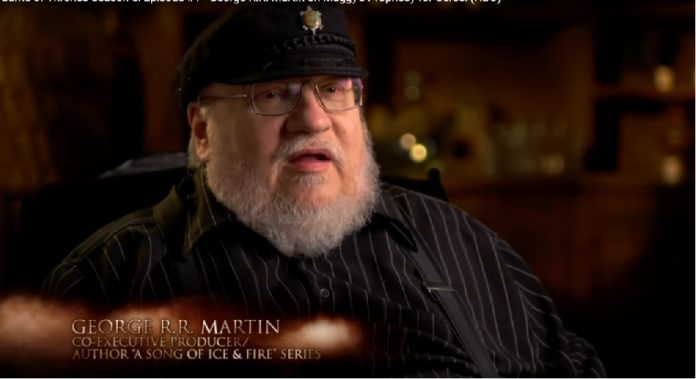 The novel was expected to be released in 2015, however, it didn’t happen. It’s been about six long years of waiting for the fans to get a hold of the sixth novel of George R.R. Martin’s (GRRM) epic fantasy series, “A Song of Ice and Fire.” However, does the upcoming book have a release date set already?

The infamous novelist will celebrate his 69th birthday this September. Some say that as a gift to his avid fans, Martin would be launching “The Winds of Winter” on that day.

While the official release date remains under wraps, in May 2016, an excerpt from the upcoming book is posted on the author’s official website. The snippet of the book features Arianne, the princess of Dorne and one of the characters whose point of view is followed in the series. The female character is a member of the House Martell.

In the sample chapter, Arianne journeyed in the southern coast of their Kingdom. She describes the towns that she and her companion have passed. With her knights, the young royal reached Ghost Hill, before leaving to the Storm’s End, by way of a ship. Ser Daemon Sand, her new sworn shield, advised Arianne to take him to Storm’s End in her, stead but the latter refused as it’s her mission, not his.

The Arianne passage is the fourth sample chapter that Martin issued since 2010. The other three excerpts featured the POV of Sansa Stark, Arya Stark, and Aeron Greyjoy.

It was previously reported that the sixth volume of the series would have more than 1,500 manuscript pages. In his 2012 interview with SmarterTravel, Martin hinted that the next book will have a howling start.

“I’m going to open with the two big battles that I was building up to, the battle in the ice and the battle at Meereenthe battle of Slaver’s Bay. And then take it from there,” he said at that time.

Meanwhile, the seventh season of HBO’s highly-acclaimed series “Game of Thrones” is already scheduled to be released this year.