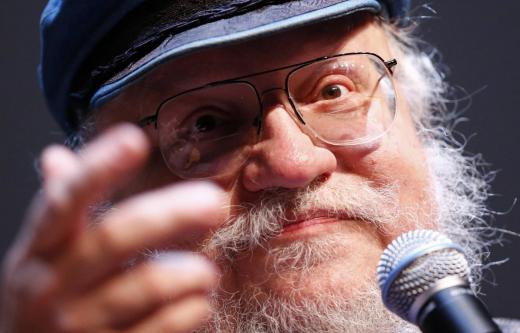 The long wait for the highly anticipated new book in the “A Song of Ice and Fire” book series, which is the basis for HBO’s “Game of Thrones,” is still ongoing. And while author George R.R. Martin recently confirmed that he is still working on it, the sixth book in the series titled “The Winds of Winter” is still nowhere near being confirmed for release. However, the publisher of the series recently came out to defend Martin against those criticizing him because of the delay that has spanned for a couple of years now.

Newsweek recently reached out to Martin’s U.S. publishing editor at Random House and his U.K. editor at HarperCollins’ Voyager division, in order to gain any kind of update regarding the progress of the book as fans would naturally want to know at least how much of the book has been finished already but it seems that even the people close to Martin are in the dark, just like the millions of fans of the book series.

“I’m like Jon Snow: I know nothing!” Jane Johnson, publishing director for HarperCollins’ Voyager imprint, told the media outlet. The publisher added that while no deadline was set for the author, they are only waiting for him to turn in in his work for publishing. “All I do know is that George is working very hard. And as soon as we possibly can after he delivers, we’ll publish the book.”

Johnson also offered some words in defense of the bestselling writer, citing that delivering a novel of such a scale as that of “The Winds of Winter” is not an easy task, as it would mean multiple books to an ordinary author.

“It’s worth saying he’s written the best part of two million words of this series in the past 20 years. So given the average length of a novel is around 100,000 words, that’s 20 novels in most writers’ worlds,” Johnson explained.

Martin was initially given a December 2015 deadline to finish “The Winds of Winter,” which translated to a release window sometime around the season 6 premiere of “Game of Thrones,” but due to several writing delays, the book now has an open-ended schedule with no definite date for release.