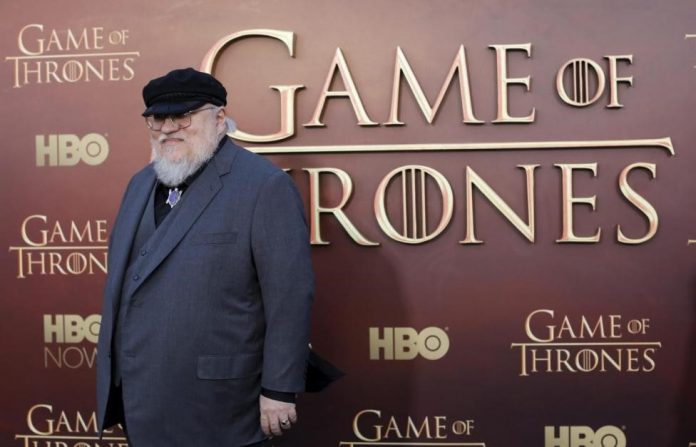 Readers of author George R. R. Martin’s epic fantasy series, “A Song of Ice and Fire,” have been waiting patiently for him to finish the sixth book in the series for years now. However, it seems it’s not going to come out anytime soon.

Even though “The Winds of Winter” is not finished yet, fans can still read a story set in the world of “A Song of Ice and Fire” in the anthology book titled “The Book of Swords.” In a recent blog post, Martin revealed that his contribution to the book is titled “The Sons of the Dragon,” and it’s going to feature the reign of Aenys I and of Maegor the Cruel, the sons of Aegon the Conqueror.

He has contributed stories for other anthology books as well in the past. “The Princess and the Queen or, the Blacks and the Greens” appeared in “Dangerous Women,” and “The Rogue Prince, or, the King’s Brother” was part of the anthology “Rogues.”

However, so far, Martin’s still not done with “The Winds of Winter.” While responding to a fan’s question last month, he revealed that the book wasn’t done yet, but he thinks that it might come out this year.

“Not done yet, but I’ve made progress. But not as much as I hoped a year ago, when I thought to be done by now. I think it will be out this year. (But hey, I thought the same thing last year),” he stated.

It should be noted that he did not promise that it would come out in 2017, so fans should temper their expectations. Right now, Martin and his publishers have yet to announce the release date for “The Winds of Winter,” so fans will have to wait a little longer before they can get their hands on the book.

While waiting, fans can check out “The Book of Swords.” The anthology book will hit the shelves on Oct. 10.