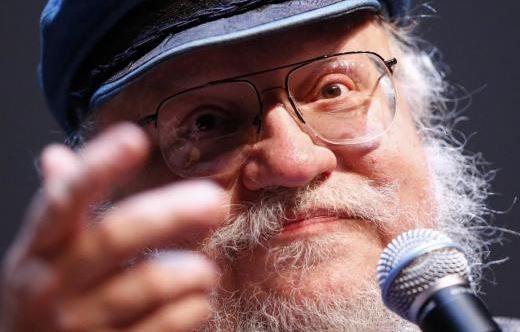 Earlier this month, George R.R. Martin made a three-day appearance at the World Science Fiction Convention (Worldcon) in Kansas City where he greeted fans and signed autographs, to the delight of those who met the author. One lucky fan who was able to talk to the 67-year-old recalled the experience, saying that Martin was “a very nice, giving person,” and now that Worldcon 2016 has come and gone, fans are now expecting that the author will get back to writing his much awaited book, “The Winds of Winter.”

Since his last day at the convention on Aug. 21, the author has stayed strangely silent online, and he has yet to write about his experience at the pop culture event on his LiveJournal blog. Martin has also been keeping off Twitter as his latest post was made on Aug. 19, wherein he told his followers that he has signed a limited edition of “A Dance with Dragons” at Worldcon. Has the author been pressured to pick up the pace on “The Winds of Winter” at the convention?

It’s no secret that some of his fans have been disgruntled with Martin’s slow pace of writing, as it has been five years since his last “A Song of Ice and Fire” novel came out. Martin himself admitted that he is a slow writer.

“I’m slow. I’m a slow and painstaking writer always have been,” Martin told The Kansas City Star. “Sometimes, I don’t know how the hell I do it. I sit down, and on a good day stories come out. And on a bad day, I struggle and I read my email.”

Martin’s last update about “The Winds of Winter” was posted on his blog on Aug. 1, and the author said that he is “still working on book six,” adding that he has no announcement to make on that front.

There have been a lot of rumors regarding the book’s release date, and while some reports claim that it might make an appearance sometime this year, Martin and his publishers have maintained that the book will be announced when it’s done and that the author will announce the novel’s release date on his website.