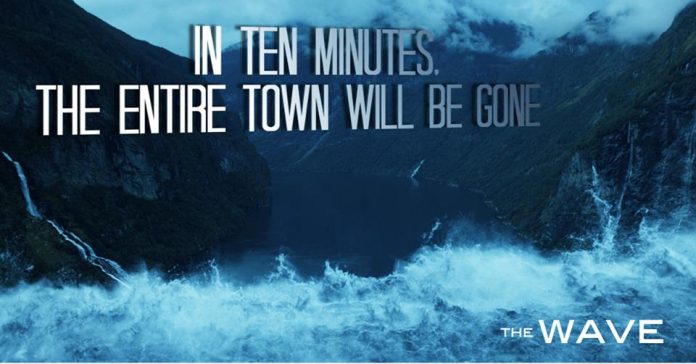 Magnolia Pictures’ “The Wave” is a heart-pumping story of how a monstrous tsunami was detected by experts 10 minutes before it was set to destroy the City of Geiranger.

Geiranger, Norway has been listed as a UNESCO World Heritage Site. It is a tourist destination known for its gorgeous scenery. It lies between the mountains Fjord’s head and Akerneset Mountain. In 1905, the city was hit by a tsunami, and experts know that it can happen again, but they don’t exactly know the recurrence date.

Kristian Eikfjord, portrayed by Kristoffer Joner, an experienced geologist in Geiranger, was offered a job in a bigger city. He decided to take the job and started preparing to move with his family. When they were at the airport, he suddenly felt the urgency to verify that something is not right with the Akerneset. His wife, Idun (Ane Dahl Torp) and son, Sondre (Jonas Oftebro) stayed at the hotel where she is working, while their daughter Julia (Haagenrud-Sande) stayed with her father at home.

Eikfjord and his fellow geologists discover small movements underground. The team eventually confirmed that a tsunami is about to hit in 10 minutes. Eikfjord detected a 300-foot high wave, ready to destroy the Akerneset Mountain, which when damaged, will decimate the City of Geiranger.

Directed by Roar Uthaug with Harald Rosenlow-Eeg and John Kare Raake as screenwriters, “The Wave” will be released on March 4.