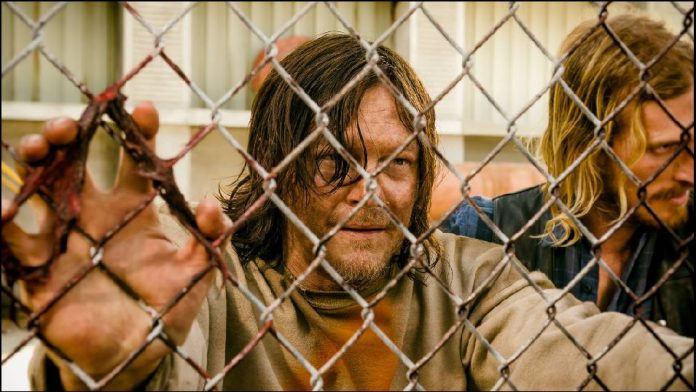 The first half of the seventh season of “The Walking Dead” was quite a huge fuss in all corners of social media. The public turmoil was brought about by the very tragic and gruesome killing of the two most loved characters: Glenn (Steven Yeun) and Abraham (Michael Cudlitz). Cast member Norman Reedus confessed that he, too, has his fair share of wistful thoughts about the previous episodes.

Speaking with Entertainment Weekly, Reedus shared that he was appalled by the storyline. He played Daryl, the group’s lead hunter and Rick’s (Andrew Lincoln) right-hand man. The first part of season 7 showed the dispersion and weakening of Rick’s group.

When asked about his take on the first half, Reedus admitted that the previous episodes were hard for them to film because they were separated, but “you have to keep the story moving forward at all times or you just tell the same story over and over again.”

According to Reedus, “I know the show evolves and all of that stuff, but man, that first half was rough.” He even voiced out his concerns directly to the showrunner Scott M. Gimple, only to be told that it’s supposed to be that way.

The upcoming second part of AMC’s zombie-themed series would bring back Rick’s team together again. Knowing that they will all be reunited, Reedus expressed his excitement and that it felt great. He asserted that the hard times of being apart “just makes coming back together that much more special.”