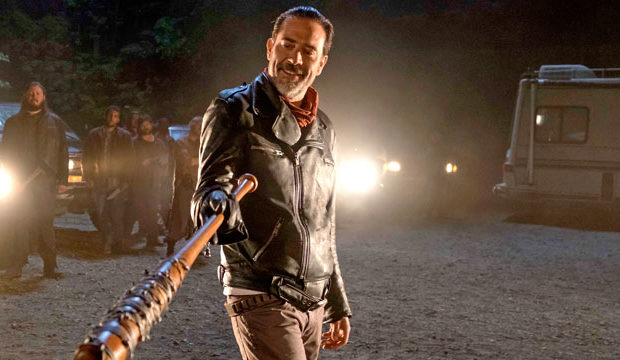 In less than a month, what was an agonizing summer will presumably end with another agonizing event for “The Walking Dead” fans. AMC and folks behind the hit post-apocalyptic series have eased a bit on the information embargo and a slew of new details about the upcoming season have emerged equally exciting and dreading viewers.

Earlier this week, the official synopsis for season 7 was released and noticeably, AMC was more forthcoming with information. Obviously, the carefully crafted press release did not reveal any specifics on who Negan’s (Jeffrey Dean Morgan) Lucille killed in that fateful season 6 finale. However, it was able to convey a not too grim perspective for what is to come.

An excerpt from the brief summary reads:

“The first half of Season Seven sees our group fractured, broken, bereaved, and picking up the pieces while living under the thumb of oppression. Negan will have successfully brought the survivors under his control, brutally convincing them to live under his rules with a deadly and horrific example of what happens if they don’t. Other characters are unaware of what’s happened, but have become separated from the group either by incident or choice they will learn that they can’t escape this new turn of their world, either. This half season is about these characters starting over. The overall theme of the season is beginning again. The world isn’t what they thought it was. It’s bigger and it’s even more dangerous.”

Taking cues from the season 7 narrative, it seems like the Alexandrians will be split into several groups presumably in an effort to get away from the clutches of Negan and his cohorts. Piecing this synopsis with a previously released teaser clip, “The Walking Dead” will be capitalizing on the menacing nature of the Savior’s leader which in turn will have him on the show for quite some time.

A lot is riding on the scheduled comeback of the series as fans were not happy when they decided to end the previous season with a cliffhanger. It can be remembered that the last sequences of season 6 insinuated that Negan pushed through with hitting one of the squad members but fans were not clued into who the receiver of the bat swing was. Since then, all throughout summer, people involved in the show promised that season 7 would be worth the wait while trying to keep filming details on the down-low as much as possible.