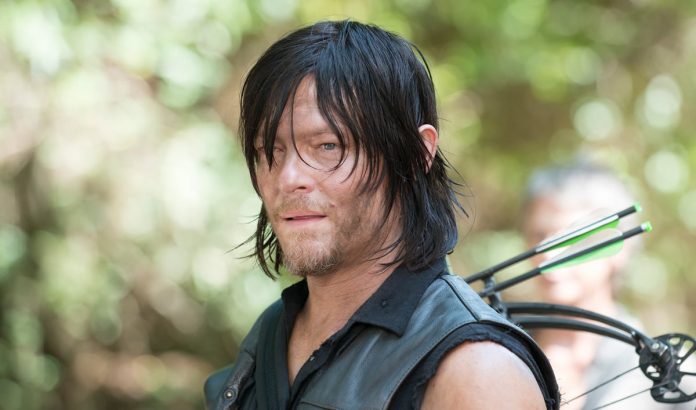 When the premiere episode of “The Walking Dead” season 7 aired, people were anxious to see who Negan (Jeffrey Dean Morgan) would kill. After all the build-up, Abraham (Michael Cudlitz) finally got his head bashed in and viewers thought that was it. He’s the one after all. It’s over. But Daryl (Norman Reedus) just had to go berserk and punch Negan in the face, and that didn’t end well. Obviously, Negan wasn’t happy and he decided to kill one more person Glenn (Steven Yeun).

Some people think Glenn would still be alive if Daryl didn’t lash out. So, is Daryl responsible for Glenn’s death? Yeun says no. The actor spoke with Entertainment Weekly and said that the only person who would blame Daryl was Daryl himself.

“I think that’s enough for him. Even if it’s not real or even if it’s not accurate or fair, I think he would shoulder that type of burden. It’ll be interesting to see what happens with that and I’m sure Norman will crush it,” said Yeun.

In an interview with ComicBook.com, Reedus stated that while the rest of the group wouldn’t blame Daryl, his character probably blames himself for Glenn’s death. He also talked about what’s going on inside Daryl’s head after that incident and he said his character is going to develop a very dark mentality as the season goes along. Reedus went on and talked about how Daryl “no longer sees anything good in the world” and how he just hates everybody and himself.

When asked about Daryl’s relationship with Rick (Andrew Lincoln) and the rest, Reedus said the recent tragedies would bring the remaining members of the group closer; however, the dynamics would change a bit.

“That whole group is in such a broken place right now. The bond is still there, but I don’t know if it will. It’s actually broken quite a bit,” Reedus explained.