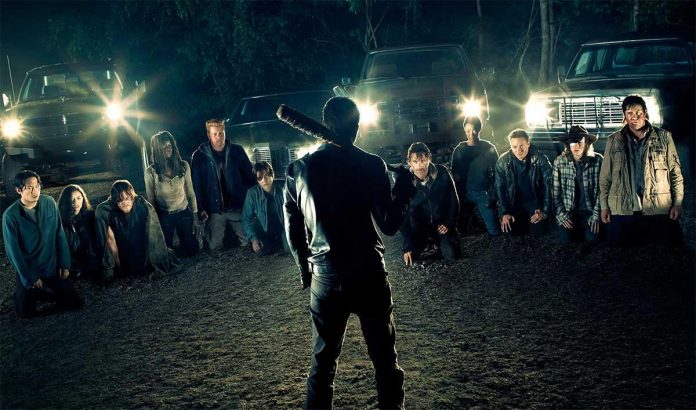 After six months of going through the agony of not knowing, “The Walking Dead” fans continue to have a hard time especially after finding out that the latest additions to the show’s alumni list are Steven Yeun and Michael Cudlitz.

Abraham (Cudlitz) and in the worst turn of events, Glenn (Yeun), were the victims of Negan’s (Jeffrey Dean Morgan) rampage in the show’s season 7 premiere last Sunday. The episode was intense with very graphic visuals of how the deaths came to be especially with Glenn. His death was very similar to the comic book iteration of the story with a bloody head and eyeballs popping out, which Negan even mocked.

Unfortunately, the way the gruesome deaths were depicted still earned “The Walking Dead” some criticism, on top of the understandable grief from losing two solid Alexandrians, to the point that other fans are threatening to boycott the AMC series.

“I would say that [their threat] means we have done something to affect these people in a way that they don’t necessarily know how to process,” Greg Nicotero, director of the aforementioned episode, told TV Line. “I think it’s a knee-jerk reaction that people have, because they care about these characters. That’s a tribute to every single actor on our show that has perished. It’s unfortunate that people want to take a negative spin on it… [and especially] if that’s really what’s going to happen [and they’ll stop watching], because the show still has a lot to offer!”

Truthfully, the season opener was a lose-lose situation in a way. If folks behind the writers’ room decided to be gentler in their approach, it would have been a massive disservice to Negan, who needed to be established as a force to be reckoned with. This would have inevitably turned off loyal comic books fans who are fans of the suave Saviors leader.

Second, the cliffhanger that the show pulled in the season 6 finale would feel more ridiculous. And given the backlash that “The Walking Dead” has endured over the last six months, further fueling frustration from the fans would certainly be a bad idea. Then again, killing two characters, especially Glenn, who is very well-loved, still got some raised eyebrows.

“If we killed someone and [the audience was] just like, ‘OK, well, no big deal, I’m gonna go have a bagel,’ then that means that we haven’t done something to connect our people to the characters,” Nicotero added.

Regardless of whether a chunk of its massive fandom turns its back on the show, it will continue to move forward especially with the eighth season already ordered.