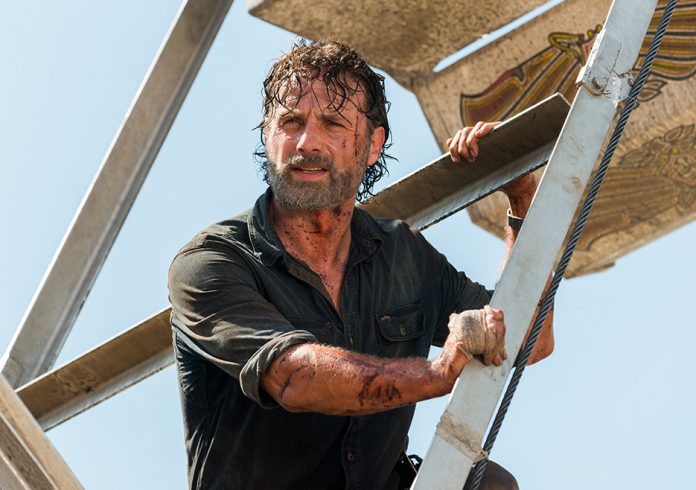 There are two more episodes to go until the seventh season of “The Walking Dead” reveals its final episode. The first half of the season ended in a brutal and traumatic way. But, the tide will turn in the second half, according to the series’ showrunner.

On Friday evening, the 34th Annual PaleyFest took place and it was held at the Dolby Theatre in Hollywood, California. Some cast members of the zombie-themed series, including Andrew Lincoln, and executive producers, like Scott M. Gimple, faced the adoring fans for a short Q&A session.

Gimple (via Hollywood Reporter) hinted that the ending of the seventh season would allow the characters to “come alive again and earn the place where they are.” However, before things come into place, Rick’s (Lincoln) Alexandrians must take down the cruel Negan (Jeffrey Dean Morgan) first, alongside his group of Saviors.

Meanwhile, Lincoln’s character in the show is still rallying other communities to join his cronies for an all-out war against the hostile Saviors. In episode 10, the protagonist has come in contact with the junkyard community, the Scavengers, a group who are lead by Jadis (Pollyanna McIntosh).

“Nothing is going to stop him. He will do what he needs to do to recruit the people to fight alongside him,” Greg Nicotero, co-showrunner, once told Entertainment Tonight.

In the latest episode, titled “Bury Me Here,” Carol (Melissa McBride) left her cottage-of-peace to convince Ezekiel (Khary Payton), the Kingdom’s head, to battle against Negan. Also, Tara (Alanna Masterson) is off to tell Rick about Oceanside.

However, Eugene’s (Josh McDermitt) loyalty is currently shaking. He is under the villain’s wing, enjoying a number of privileges in return for him formulating lethal capsules.

In the next episode, it looks like Negan is also in recruitment mode. While Rosita (Christian Serratos) and Sasha (Sonequa Martin-Green) are buckling down for battle, the Saviors are visiting the Hilltop, where Maggie (Lauren Cohan) and Daryl (Norman Reedus) are residing. Will they escape or make some under the table agreement?

The next episode of “The Walking Dead” season 7 will air on March 19 on AMC.

Sister Wives Season 6: Meri Barber not likely to return to...