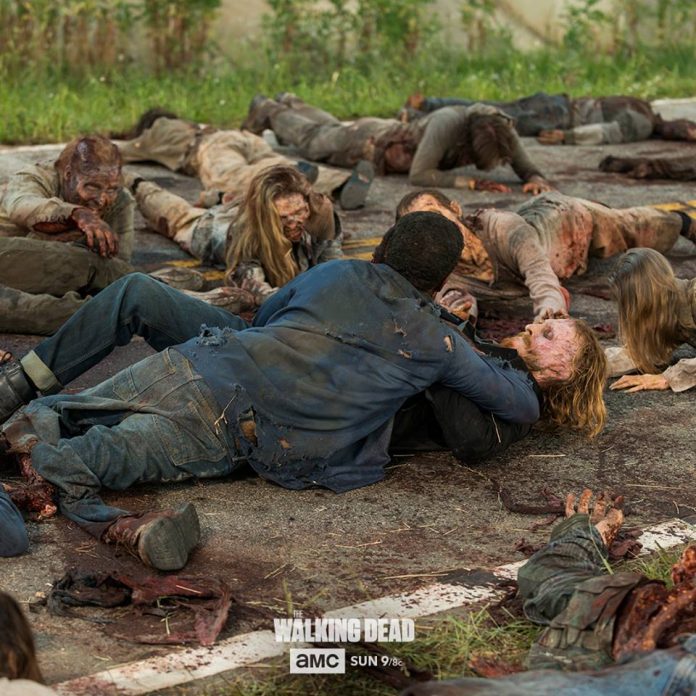 After the airing of its sixth episode, AMC unveiled a short teaser for “The Walking Dead” season 7 episode 7.

The upcoming episode is titled “Sing Me A Song” and is rumored to be 90 minutes long. The official synopsis of this episode reads, “A deeper look at the Sanctuary and the world of Saviors; members of Alexandria look for supplies.”

The title “Sing Me a Song” is said to be familiar to the fans of the original graphic novel version of “The Walking Dead,” which is written by Robert Kirkman. Similar to the end of this season’s fifth episode, Carl, portrayed by Chandler Riggs in the show, ventured out to face Negan, portrayed by Jeffrey Dean Morgan, all by himself in the comics. However, in the graphic novel version, he ends up getting caught by Negan’s men. Instead of getting killed, Carl is forced and manipulated to sing a song for the villain. He ends up singing the song “You Are My Sunshine.”

For the upcoming episode, fans are said to be afraid that episode 7 might deviate from the comic’s version of the story. As pointed out by News Everyday, due to rumors that Riggs might be leaving the show, the seventh episode may be the one in which Negan kills Carl.

According to Comicbook, Rick, portrayed by Andrew Lincoln, may finally be introduced to the Kingdom and Ezekiel, which might mean the beginning of an alliance that will take down Negan and the Saviors. This may support spoilers circulating online that Rick is secretly planning for war against Negan and the Saviors.

It can be recalled that in episode 5, Maggie (Lauren Cohan) and Sasha (Sonequia Martin-Green) finally made it to the Hilltop for sanctuary. In episode 6, Cyndie helps Tara find her way back to Alexandria.