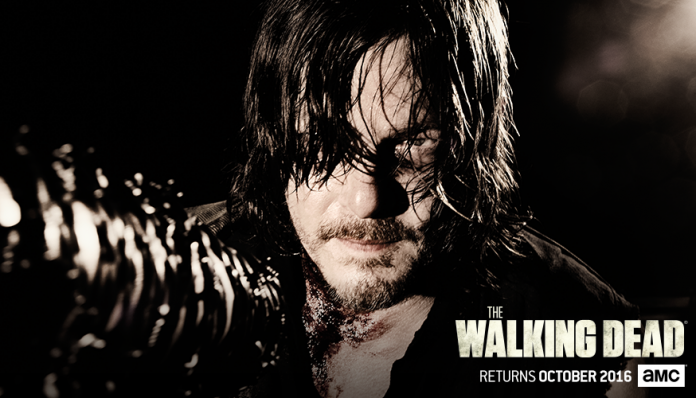 Star Norman Reedus recently revealed that the introduction of the new big bad, Negan (Jeffrey Dean Morgan), will have a lasting impact and present never before seen changes to the world of “The Walking Dead” in the upcoming season 7.

Talking to Entertainment Weekly, the actor who portrays Daryl Dixon hinted that the villain’s new rules will set up a brand new world, “It’s a complete change of power. Our whole world has been turned upside down.” He explained that the people who have been fighting to have some sort of code and moral compass to live by will realize that everything is “completely different now.”

When it comes to the cast member’s experience of returning to production to shoot the continuation of last season’s cliffhanger finale, Reedus admitted that the experience of losing someone from the team was “exhausting.” Although it was nice to see everybody again, he said that it was “definitely not a joyous reunion.”

With their connection as a group broken apart, loyalties will be deterred; their belief in one another and in themselves will be put to the test. It will be interesting to see how each character will handle the challenges posed by the Saviors.

On a related note, showrunner Scott M. Gimple hinted during “The Walking Dead” panel at the San Diego Comic-Con that there is a possibility they will have snow coming down the pike but it will mark a special installment if it comes to fruition. Executive producer Robert Kirkman suggested with a laugh that, “if we can CGI a tiger, we can CGI some snow!”