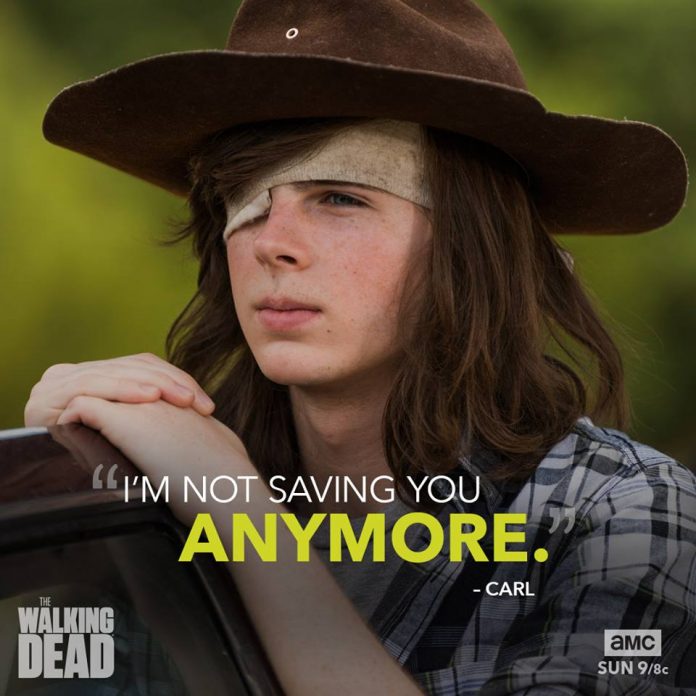 It can be recalled that episode 5 titled “Go Getters” ended with Carl and Jesus (Tom Payne) in the back of a truck as they headed to the said location. The most recent episode, “Swear,” which aired last Sunday did not follow up on the cliffhanger. But episode 7 titled “Sing Me A Song” will.

According to the synopsis of the upcoming episode, “A much more detailed look into the world of the Saviors and their home, the Sanctuary, is shown. Meanwhile, members of Alexandria look for supplies.”

In a promotional clip, Negan’s voice can be heard saying, “We survive, we provide security, we bring civilization back to this world. Rules are what make it all work. There is always a cost. We are the Saviors.” Jesus then jumps from the truck and begins surveying the grounds while Rick (Andrew Lincoln) has plans of his own. Elsewhere, Michonne (Danai Gurira) walks towards nowhere when she is joined by two undead whom she quickly kills.

Showrunner Scott M. Gimple previously teased that Carl and Jesus have two very different missions as they arrive in the Sanctuary. The latter is simply planning to do some recon and learn where the big bad rests his head at night; however, the former is more adamant in his goal of assassinating Negan and putting an end to his relentless cruelty.

Down the line episode 8 dubbed “Hearts Still Beating” will have Negan continuing his unwelcome visits to Alexandria. With tensions high, as the members of the community scavenge for more supplies to give to the villainous group, things will quickly spin out of control.