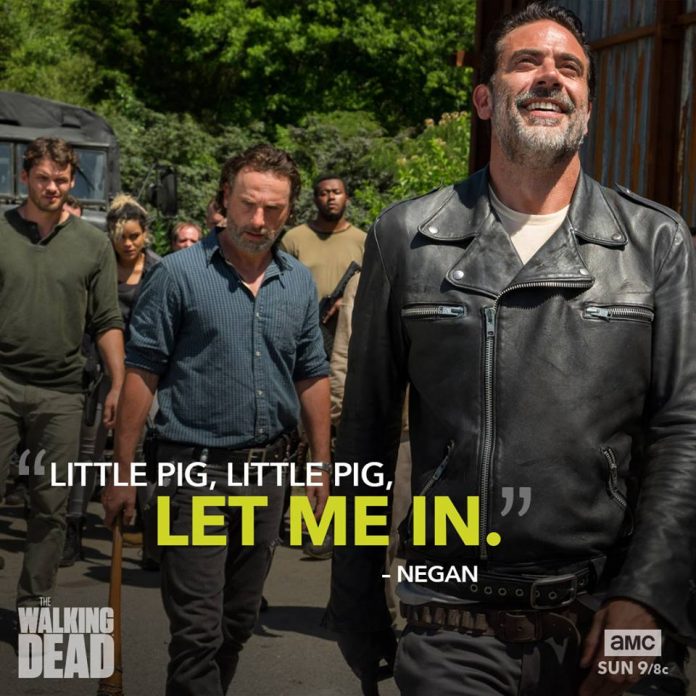 The upcoming brand-new installment of AMC’s post-apocalyptic drama “The Walking Dead” season 7 will feature Maggie (Lauren Cohan) for the first time after the heartbreaking death of her husband Glenn (Steven Yeun).

Titled “Go Getters,” the trailer for episode 5 reveals that Negan (Jeffrey Dean Morgan) and the Saviors have arrived at Hilltop Colony. It also focuses on Hilltop leader Gregory (Xander Berkeley) dealing with the result of Rick’s (Andrew Lincoln) failed negotiation.

“Maggie said that her people could take care of the Saviors, so far all they’ve done is put our community at risk,” Gregory says, questioning Rick’s leadership.

The clip then showcases the villainous gang stomping their way through the area. At one point, Simon (Steven Ogg) maliciously smiles at Gregory, stating, “We need to talk.”

Although Maggie is expected to be emotional, there are predictions that she may not have time to dwell on her recent loss since Gregory is upset with her. Moreover, the truth that she is still alive is also unknown to Negan. If the baddie finds out that Rick lied and pronounced her dead at Alexandria, it is possible that Lucille will be swinging again.

Elsewhere, Sasha (Sonequa Martin-Green) appears to be gearing up for a fight while Enid (Katelyn Nacon) scales the walls the surrounds the community.

Some fans suggest that among the characters whose lives are in grave danger, the follow-up narrative may possibly see the death of either Spencer (Austin Nichols) or Gregory.

The former is deemed to be a ticking time bomb as he does not take anyone seriously and even put others in danger. In the previous episode, he kept ranting about the downfall of Alexandria. On the other hand, since Gregory is the leader, he has the most at stake. As they cannot produce enough food and supplies to make the Saviors happy, it appears that his time in the series continues to become limited.

Beauty And The Beast Season 3 Spoilers: Cat trying to find...