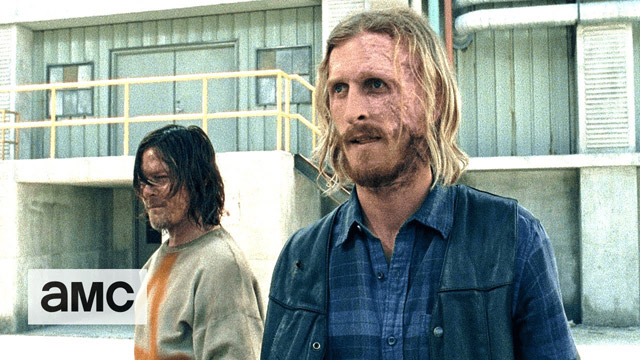 After two very distinct episodes for “The Walking Dead” season 7, the show is offering its viewers a brand-new perspective that co-exists in the current lore via Daryl (Norman Reedus).

The hit AMC show is not yet done tormenting its loyal fan base in a way to properly serve their story. While last week’s episode was a 180-degree turn from the emotional and gritty season premiere with the introduction of King Ezekiel (Khary Payton) and his kingdom, darkness looms this week with the reveal of Daryl’s situation.

The promo clip for the episode “The Cell” shows the Alexandrian under the custody of the Saviors. There, he interacts with Dwight (Austin Amelio) who appears to be trying to coax him out of disobedience as he shows him what he could become if he continues to be defiant. It’s a bit of ironic thinking that Dwight may be looking for Daryl, despite his unusual way, after he shot him at point-blank range last season.

Unfortunately, it might not be easy for Daryl to get out his funk especially when it was his outburst that led to Negan (Jeffrey Dean Morgan) killing a second Alexandrian in Glenn (Steven Yeun).

Dixon confirmed that there are only dark days ahead for his character and hints of him treading that path have already been planted in tonight’s episode.

“He goes into a very dark place. He completely takes the weight of that and just carries that with him. He never forgives himself and he takes full responsibility,” the 47-year-old actor told Entertainment Weekly about the heartbreak his character is experiencing. “The weight of Glenn’s death is going to weigh on Daryl heavily, I know it does. He gives up, he loses the fight, he’s keeping to himself, whatever’s happening to him, he thinks he deserves it. He’s going to let it happen, which is crushing. To take somebody wild like that a wild, pure, honest fighter like that and just strip him of his desire to fight back or fight for anything, it’s crushing.”

While Daryl is in solitary confinement, Rick (Andrew Lincoln) and the rest of his team are forced to succumb under Negan’s rule, at least for the time being. The Alexandrian leader was obviously shaken up by what transpired in “The Day Will Come When You Won’t Be” that he now seems willing to be one of Negan’s lap dogs.

Jurassic World 2 plot: sequel won't be 'just a bunch of...