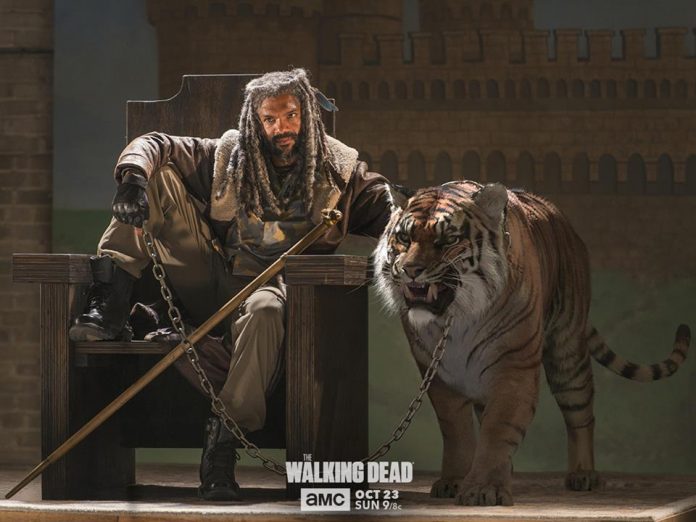 A week after a very gruesome season 7 premiere, life goes on for the Alexandrians in “The Walking Dead.”

It is safe to say that things will not be the same moving forward for Rick Grimes (Andrew Lincoln) and the squad. While most of them survived Negan’s (Jeffrey Dean Morgan) wrath, the in-your-face deaths of Abraham (Michael Cudlitz) and Glenn (Steven Yeun) will continue to scar them for as long as the Saviors are there controlling them.

In the upcoming episode titled “The Well,” the group starts to deal with the aftermath of their horrendous experience. The promo clip shows Rick having a talk with his cohorts making it clear that he no longer stands as their leader and that Negan is in charge.

Interestingly, the teaser features a very different Rick from what fans have seen so far in the past six seasons of the show. But this is understandable, given how Negan instilled in him that he will not think twice about murdering the entire group if they continue to disobey him. On top of that, the mind game that the villain played on the former sheriff deputy resulted in Carl’s (Chandler Riggs) arm almost being cut off.

“It’s much more brutal mentally for Negan to threaten Carl to threaten Rick’s son than it was to threaten Rick himself. Rick should have manned up and said, ‘OK, take it. If it’s going to save someone, then take my hand.’ It’s much different when he’s threatening his sons’ hand, so that was really the decision,” executive producer Gale Anne Hurd explained in an interview with Entertainment Tonight Online.

By the end of last week’s episode, with everyone still in shock after what just happened, it was only Maggie (Lauren Cohan) who was vocal in wanting to seek revenge for what Negan did to them.

After a very eventful season opener, “The Walking Dead” will also be opening up its doors to a brand-new group of people who could potentially help the Alexandrians in their supposed fight against the Saviors.

The Kingdom, led by King Ezekiel (Khary Payton), adopts a way of life that is reminiscent of earlier civilizations, with the ruler being served by fierce warriors much like knights. The community had been teased as early as last season with Morgan (Lennie James) and Carol (Melissa McBride) encountering them, but it is only in this installment that fans will be formally introduced to them.

“Obviously people who read the comics know that [The Kingdom] is a high-functioning community,” Hurd added, referring to the new group to be introduced. “The other great thing about this season is being able to open up and see, not only the danger and brutality of Negan, but the fact that there are other communities that are functioning. That provide some hope in this dark world.”