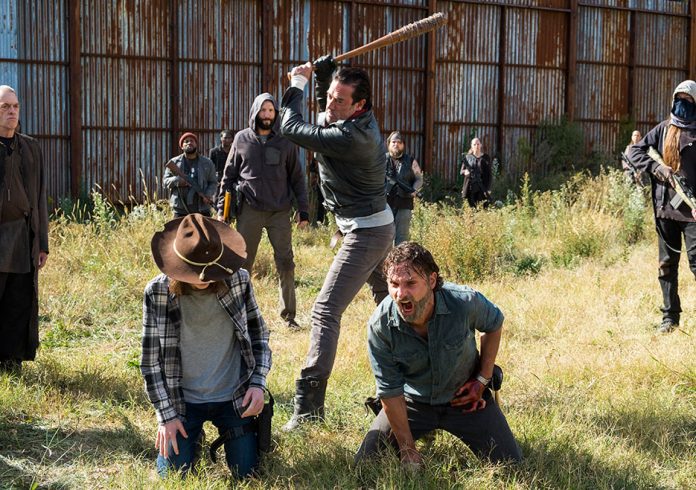 The enemies pulled back, but there were a lot of casualties. The seventh season finale of “The Walking Dead” has left a bittersweet feeling to all the fans.

It turned out that the Scavengers, with their leader Jadis (Pollyanna McIntosh), had been affiliated with Negan’s (Jeffrey Dean Morgan) Saviors all along.

The hostile team traveled to Alexandria with Sasha (Sonequa Martin-Green) inside the coffin. Using Eugene’s (Josh McDermitt) poison capsule, Sasha turned into a walker, and when the coffin was opened, she almost killed Negan.

“I felt like all of my roads had led to that moment of getting to that place of complete selflessness. It felt perfect,” Martin-Green explained (via The Hollywood Reporter) during her appearance on a “Talking Dead” episode.

“Over the course of my life as Sasha, it was progressing beyond that to the point where said I now have a greater purpose that’s much bigger than me and that’s for the future and I’m going to do it even in death,” she continued.

Back in the 16th episode, just when Negan about to use Lucille (his bat wrapped with barbwire) on Rick (Andrew Lincoln) and Carl (Chandler Riggs), a gun fight commenced. The soldiers from the Hilltop and Kingdom, led by Maggie (Lauren Cohan) and Ezekiel (Khary Payton), respectively, joined together to annihilate the Saviors and Jadis’ group. Morgan (Lennie James), Daryl (Norman Reedus), and Carol (Melissa McBride) joined them as well.

The action-filled episode ended with Negan, the Saviors, and the Scavengers retreating. Meanwhile, a lot of members of Alexandria, the Kingdom, and Hilltop were badly injured, but they vowed to stand again for future battles against their foes.

What will happen next?

The eighth season of “The Walking Dead” is slated to premiere in October on AMC.