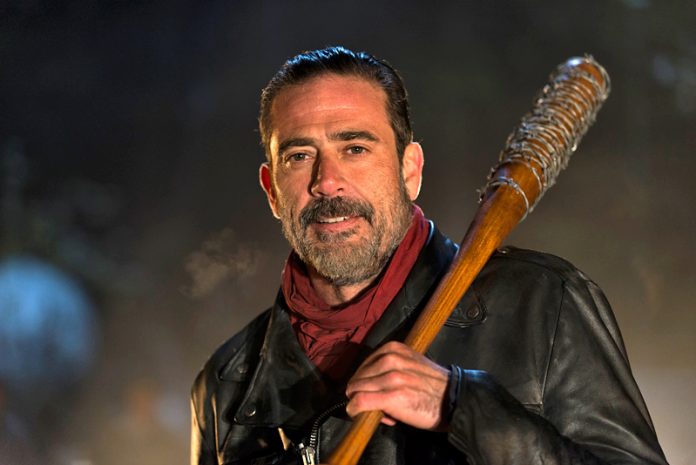 It seems that the showrunners of the hit AMC series “The Walking Dead” have been taking a different and more secure approach in keeping the secrets of the show safe, especially now that the upcoming new season is set to answer the one of the most burning questions that was left by the infamous cliffhanger in the last season.

In a recent interview with The Hollywood Reporter, “The Walking Dead” showrunner and executive producer Scott M. Gimple talked about their method when it comes to protecting the identity of the character that was killed off by Negan at the end of the finale episode of the sixth season. It seems that they have gone through great lengths to keep this secret safe. According to Gimple, they have filmed a death scene for each of the eleven characters from Rick Grimes’ (Andrew Lincoln) team who were lined up in front of Negan in the season 6 finale.

That means that aside from Rick, Carl (Chandler Riggs), Michonne (Danai Gurira), Eugene (Josh McDermitt), Maggie (Lauren Cohan), Sasha (Sonequa Martin-Green), Daryl (Norman Reedus), Arron (Ross Marquand), Rosita (Christian Serratos), Abraham (Michael Cudlitz) and Glenn (Steven Yeun) had all filmed their version of getting hit by Lucille, the barbed wire-clad bat of Negan. In the original comics though, it was Glenn who got killed by Negan’s Lucille.

Gimple said that this was done due to paparazzi and diehard fans of the series resorting to the use of drones just to have the chance to capture possible spoilers for the series.

“With the advent of drones, it can become such a game of cat and mouse that as far as sneaking a peek at the actors walking to set, we want to just keep our actors safe and the people who might be looking safe like [when they’re] in the street,” said Gimple.

The death scene that would be used for the new season would then be chosen in the editing room later on, leaving people to be surprised when season 7 premieres.

“The Walking Dead” returns to AMC this fall.