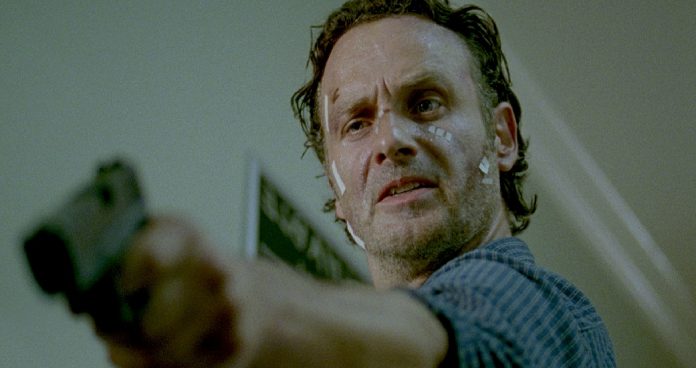 Lauren Cohan, who stars as Maggie in the Walking Dead TV Series, has recently revealed some new details about the AMC TV Series.

“We have the most suffocating beginning to the season that I’ve experienced yet.” said Cohan in an interview with Entertainment Weekly.

“I think what’s been really interesting is that you see us all kind of make strides in the direction of civility or civilization and a more regimented society,” she adds. “And it’s about being really challenged. So we’ll see a ton of challenges and we’ll see people the audience has been introduced to as very stable reliable characters crumbling, and I think it’s going to be pretty scary.”

In addition, Steven Yuen who stars as Glenn, has also told the magazine that season 6 will show “how much has been taken away” from them.

“The end goal is to find some semblance of life that we lost before. I think you’re going to see some deeply emotional character story and you’re also going to see, as we always do, some crazy-ass s,” said the Korean-American actor.

Meanwhile, the fan group Spoiling Dead has posted on its Facebook an image of Chandler Riggs (who plays as Carl) on set donning what appears to be an eye patch. They speculate that the crew might recreate an incident in the comics in which a bullet intended for a walker accidentally lands in Carl’s head, destroys his right eye  and damages his face. However, this story line may not be followed as the show has been known change scenes from the comics and redo them to better suit television viewers.

This teaser follows last week’s news about a stand-alone special AMC is planning. The 30-minute episode will be set during the time period of the hit drama’s spin-off series, “Fear the Walking Dead.” It will tell the story of a group of passengers who encounter attacks from walkers while mid-flight inside an airplane. The survivor will then join the cast of the second season of “Fear the Walking Dead” where events prior to Rick Grimes’ coma awakening will be further explored. The special will be produced by showrunner Dave Erickson and co-executive producer David Weiner.

'Sherlock' season 4 spoilers, news: Upcoming season to be the last?...