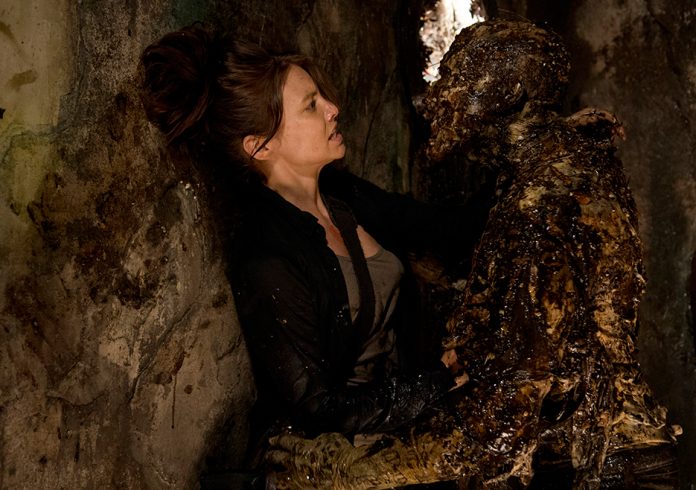 Ever since Glenn (Steven Yeun) seemingly died in the sixth season of “The Walking Dead” by falling into a zombie horde, fans of the show have been wondering how Maggie (Lauren Cohan) would deal with the loss. In the fifth episode titled “Now,” it was revealed that Maggie is pregnant, so she sets out to find Glenn and make sure that he is alive.

In an interview with Variety, Cohan said that her character is always optimistic. Even though Glenn has not come back, the actress explained that the group has always come back from worse things. “So when there is an option, always hope,” she added.

Asked about whether Maggie honestly believes that the events could have ended differently if she went with the group, Cohan said that it’s a bit of both. Maggie was left behind because the couple knew that there is a baby on the way. “She’s spewing her what ifs to Aaron and that’s definitely a consideration. They promised each other that they would never be apart again, and that’s a fact. And how the hell do you deal with that? It’s horrifying. This show really takes us through the wringer.”

On whether she knows about the fans’ reactions to Glenn’s death, the 33-year-old actress said that she does. She revealed that she always cries whenever she sees videos of people agonizing over what happened to her on-screen partner because for her and the fans, Glenn is the one who brings hope to the survivors in the show.

New episodes of AMC’s “The Walking Dead” air every Sunday at 9/8c.

‘Pokemon Crystal’ set to arrive to Nintendo 3DS next month