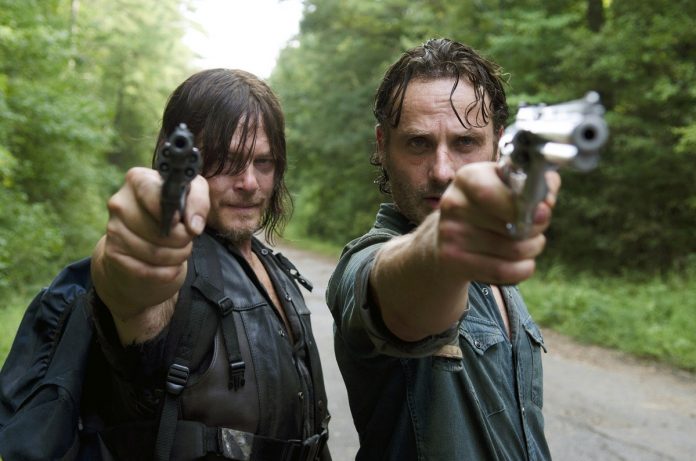 The latest episode of “The Walking Dead” finally introduced one of the new characters that fans will be keeping a close eye on Jesus, a wanderer who Rick and Daryl picked up while they were doing a supply run.

The character promises to be a foil to Daryl’s character, as he is wily, resourceful, and manages to outmaneuver the former at every turn. While the character seems to be a good guy since he has never attempted to attack Rick or Daryl, it might take a while before Daryl warms up to him because they didn’t quite hit it off in their first meeting, reported Forbes.

There were also some developments in the romance department as Rick and Michonne find themselves acting on feelings that have been building up since they have gotten closer in the previous seasons.

Meanwhile, Spencer also finds some closure as he is finally able to put his mother to rest after looking for her in the woods as a Walker with Michonne’s help.

A Vox report also highlighted the more parental angle that Glenn and Maggie are adopting towards Enid after Maggie had a talk with the teenager encouraging her to be more active in the rebuilding of Alexandria as well as be more open to her and Glenn about her issues.

Enid and Carl’s secret forays into the woods had a purpose, which was actually Carl luring the Walker Deanna so that Spencer may finally put her to rest.

The show is also hinting at a romantic development between Tara and resident doctor Liz after the latter specifically asked Daryl if he could get pop for Tara because she has been mentioning a craving for soda in her sleep.

As it stands, viewers need to wait to see what Jesus could bring to Alexandria and what further danger lurks with the upcoming introduction of Negan, the leader of the Saviors.