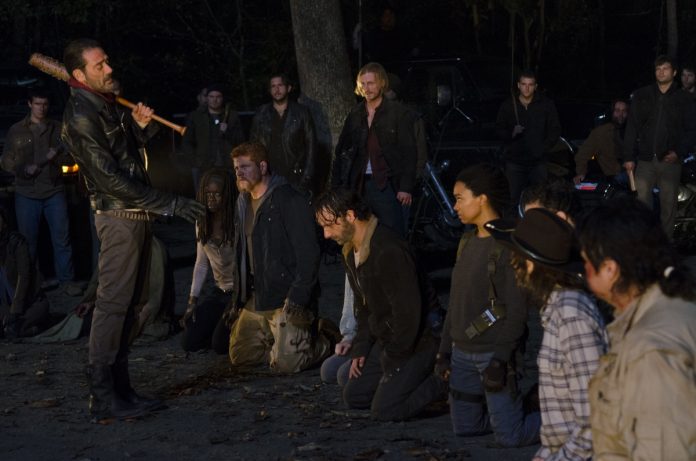 “The Walking Dead” creator Robert Kirkman airs his own grievances on the highly divisive season 6 finale of the hit zombie series.

In a conversation with UPROXX, while promoting “Outcast,” his new comic book story translated to the small screen, Kirkman talked about his own gripe regarding the controversial story capper.

“One of the side effects that I’m upset about is that people aren’t talking about Jeffrey Dean Morgan enough. I think that he is absolutely amazing as Negan. I think that his presence in that finale adds so much to the show,” Kirkman honestly said, referring to the much-awaited introduction of “The Walking Dead” big baddie Negan, in the flesh.

The Savior’s mysterious leader only made an appearance in the third act of the extended 90-minute finale back in early April. Though Morgan did everything he could in the small window of time given to him, fans’ clamor for his character did not necessarily translate into a healthy anticipation for next season but more of frustration. This angle is aside from the fact that “The Walking Dead” pulled a massive squeaker which left their millions of fans contemplating on which of their favorite Alexandrian has been the receiver of the infamous Lucille treatment.

“I know people don’t like the cliffhanger aspect of it, but I like to think that everything up to that moment was pretty amazing, and people were digging it. I think people are discounting the fact that Jeffrey Dean Morgan and Negan are in the show now, so you’re going to be seeing stuff like that pretty much every episode of season seven,” he continued.

While the cliffhanger can no longer be undone, Kirkman and the rest of “The Walking Dead” crew are determined to make it up to their loyal viewers by pulling a huge season 7. The writer has time and time again appeased fans with a promise of a no-holds-barred installment, something that series veteran Norman Reedus has supported.

“I will definitely 100-percent say that it’s well worth the wait,” Reedus told TV Line over the weekend. “It’s large. It’s mind-blowing.”

The actor, who plays the crossbow wielder Daryl, sat in for the media outlet during a promo junket for his upcoming AMC six-part reality series titled “Ride with Norman Reedus,” which is scheduled to premiere this Sunday, June 12.

“The Walking Dead” season 7 is scheduled to premiere this October.

'The Walking Dead' season 7 spoilers: Two new characters not based...